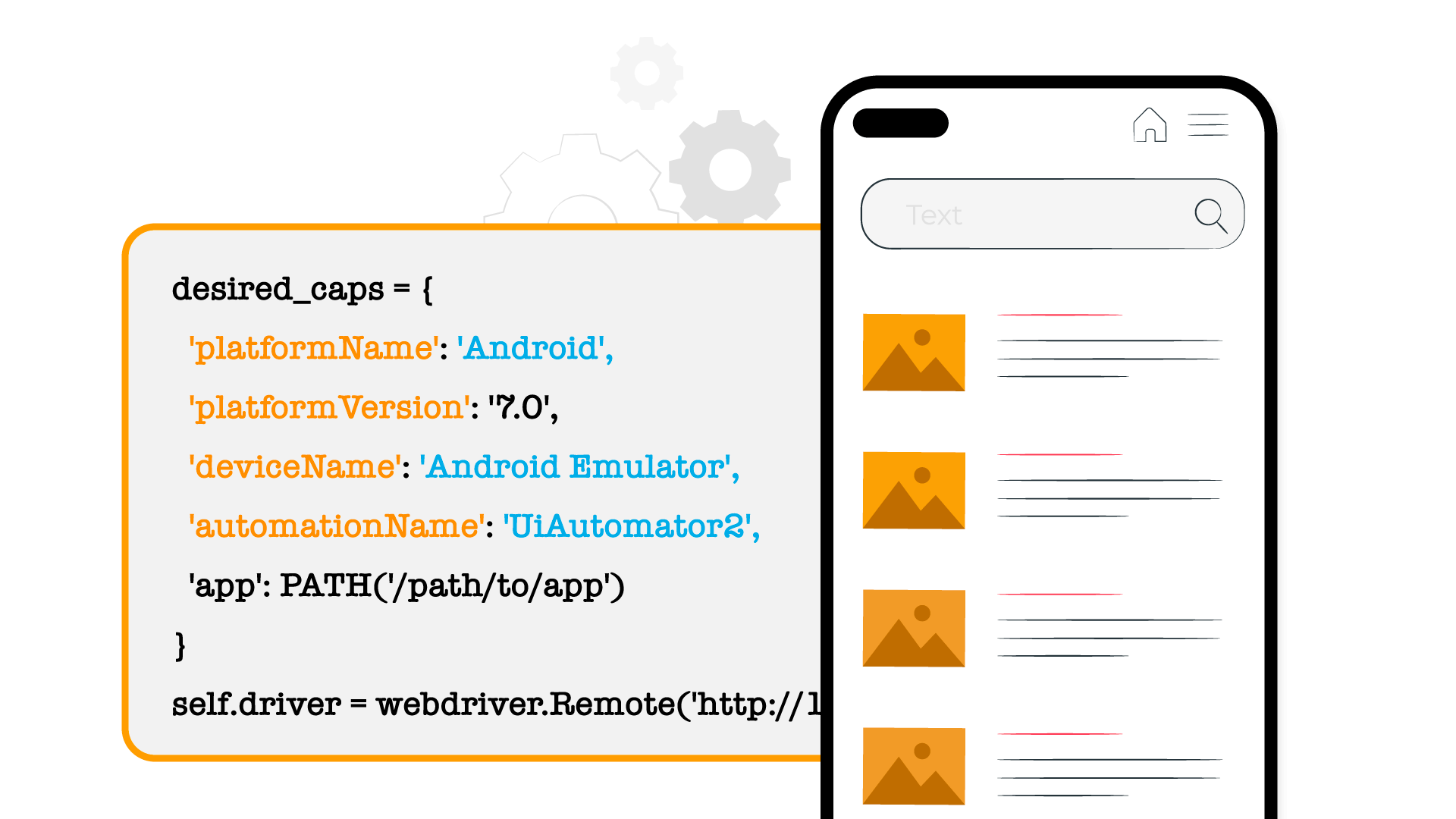 Appium is an open-source tool. It lets you automate native, mobile web, and hybrid applications on iOS mobile, Android mobile, and Windows desktop platforms. It drives iOS, Android, and Windows apps using the WebDriver protocol. Appium is a server that receives commands from an automated script and translates them into a “language” understandable by mobile devices. Simultaneously, it can receive responses from mobile devices and translate those responses into automated scripts.
‍
One of the crucial factors is that Appium is cross-platform. It lets you write tests against multiple platforms (iOS, Android, and Windows) using the same API. This feature enables code reuse between iOS, Android, and Windows test suites. Each platform that Appium supports is powered by one (or more) Appium “drivers,” which are essentially bits of software that implement the Appium protocol for a particular platform. 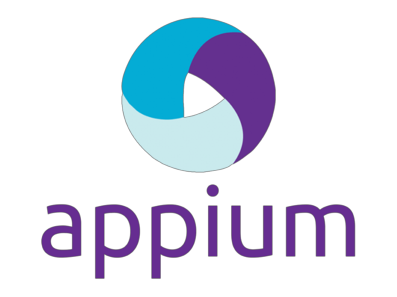 If your team has existing Appium tests, they can be integrated with the HeadSpin Platform and run on any device to which you have access. On the HeadSpin Platform, Appium powers the functional aspects of the test, while HeadSpin data and insights enable the non-functional aspects of the test. The latest version of the platform allows you to debug and develop Appium scripts directly in the UI without an app or desktop client.

Appium Inspector, a part of Appium’s popular feature set, is used to identify the UI elements of a mobile app while developing Appium automation scripts. Typically, Appium Inspector works in tandem with either an actual device accessed from your local machine or a simulator (for iOS) or emulator (for Android) to explore the app view hierarchy. However, HeadSpin has developed a feature that can bypass the extra work of preparing simulators/emulators, downloading the apps for testing, and the various other steps involved in setting up an Appium development environment. This feature is the HeadSpin Appium Inspector Integration in the HeadSpin Device Remote Control UI. 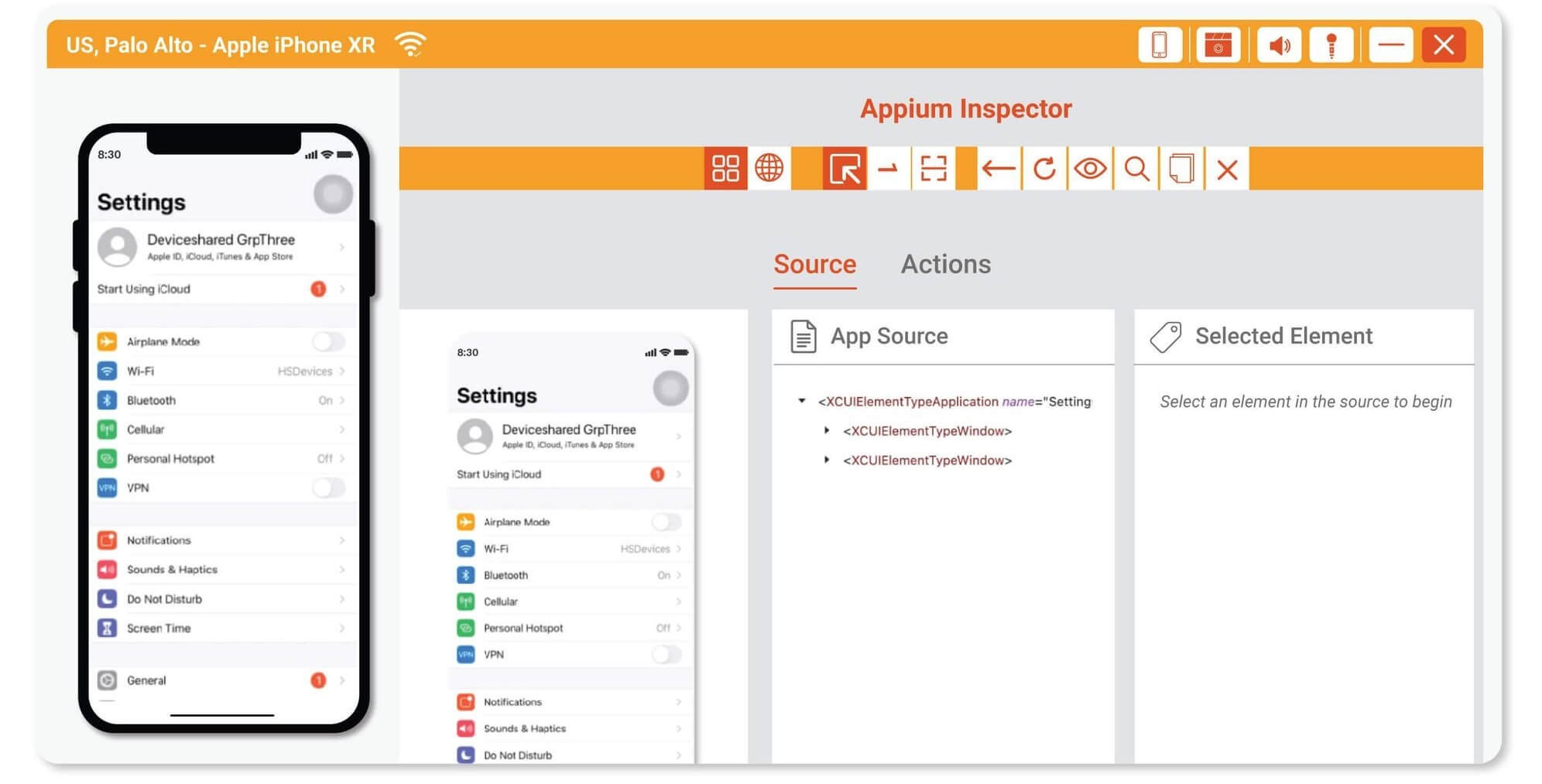 HeadSpin is a proud supporter of and contributor to the test automation ecosystem. We focus on building a global infrastructure to run Appium tests across different geographies with real-time conditions and user scenarios.
Among the several advancements we have made in this field, here are a few critical innovations that will make your mobile testing and performance monitoring more efficient:

Execute parallel tests to save time

Test for audio and video performance

Make no changes to your test script
Run thousands of tests parallelly at scale without worrying about device availability with our reliable global device infrastructure.
Book Free Trial

HeadSpin’s Appium IDE is a custom desktop app that lets you debug and develop Appium scripts, start an Appium server, and inspect your app’s structure. It was developed by independent contributors at HeadSpin. Appium IDE is compatible with two-way audio and biometric testing. 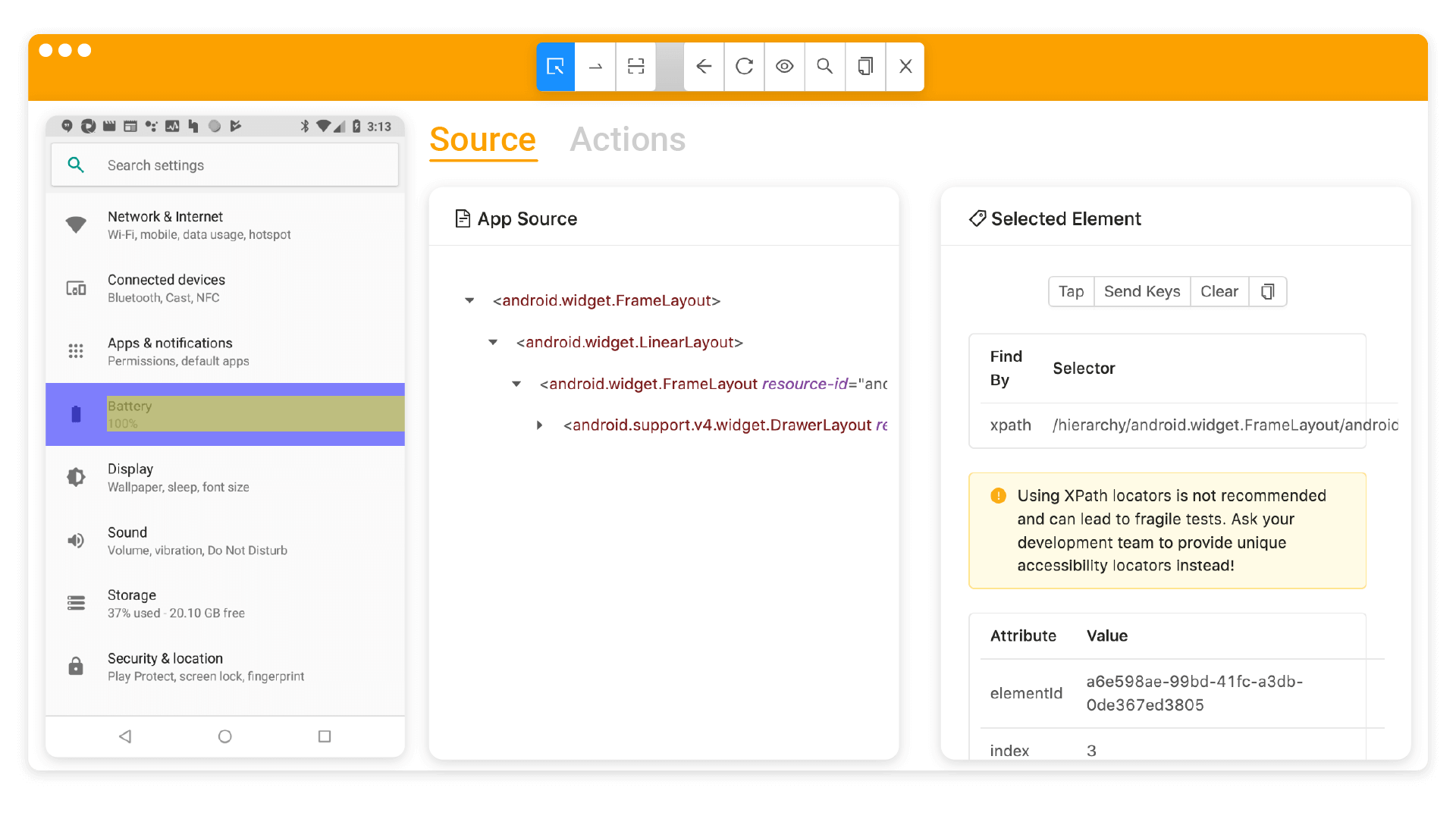 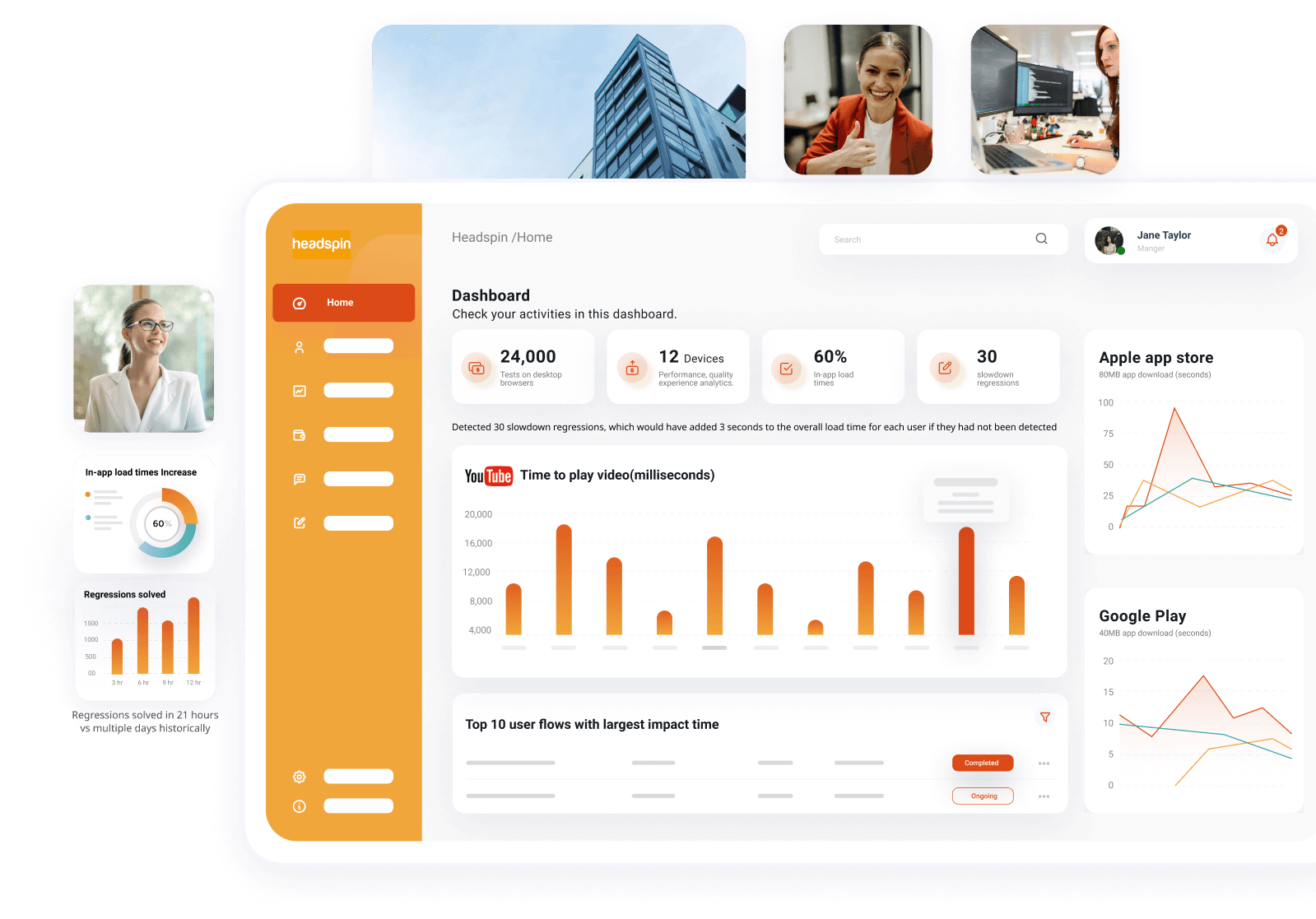 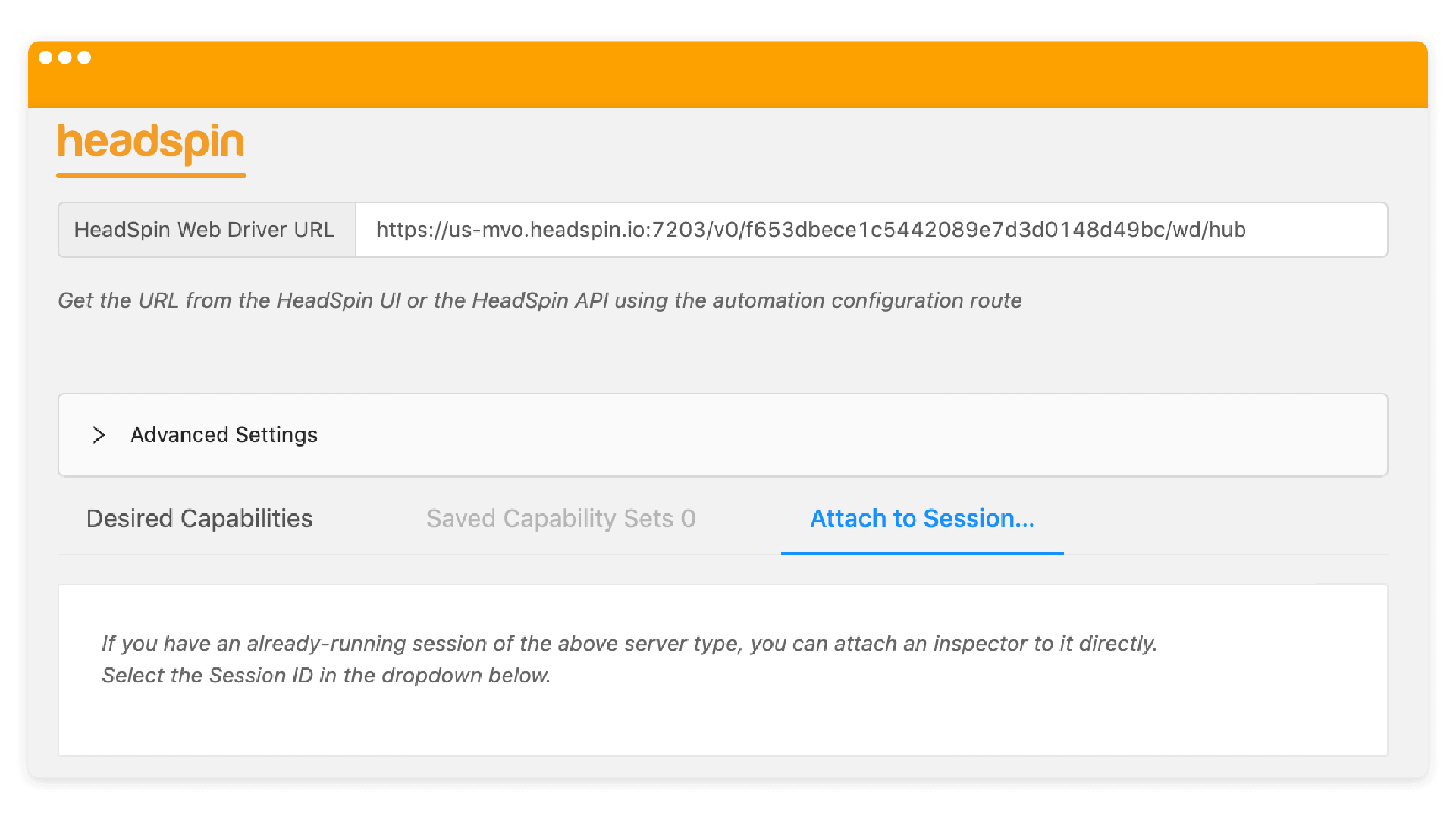 Learn how Appium is integrated with the HeadSpin Platform Q1. What advantages does Appium have over other testing environments?

Q2. What exactly is Appium Inspector?

Ans: Appium Inspector is a visual tool for analyzing an application's elements and its ability to interact with them to obtain basic information. It inspects the DOM and evaluates test scripts in the desired language to record and playback application behavior.

Ans: Appium's language support significantly benefits developers performing Appium mobile testing. It distinguishes itself from other mobile automation devices by being able to perform in any language. It is compatible with all languages that support HTTP requests. Examples include Java, JavaScript, Python, PHP, Ruby, and other programming languages.

Q4. Can Appium be used to run tests in a multi-threaded environment?

Ans: Yes, performing Appium mobile testing in a multithreaded environment is possible, as long as the Appium server has only one test run at a time.