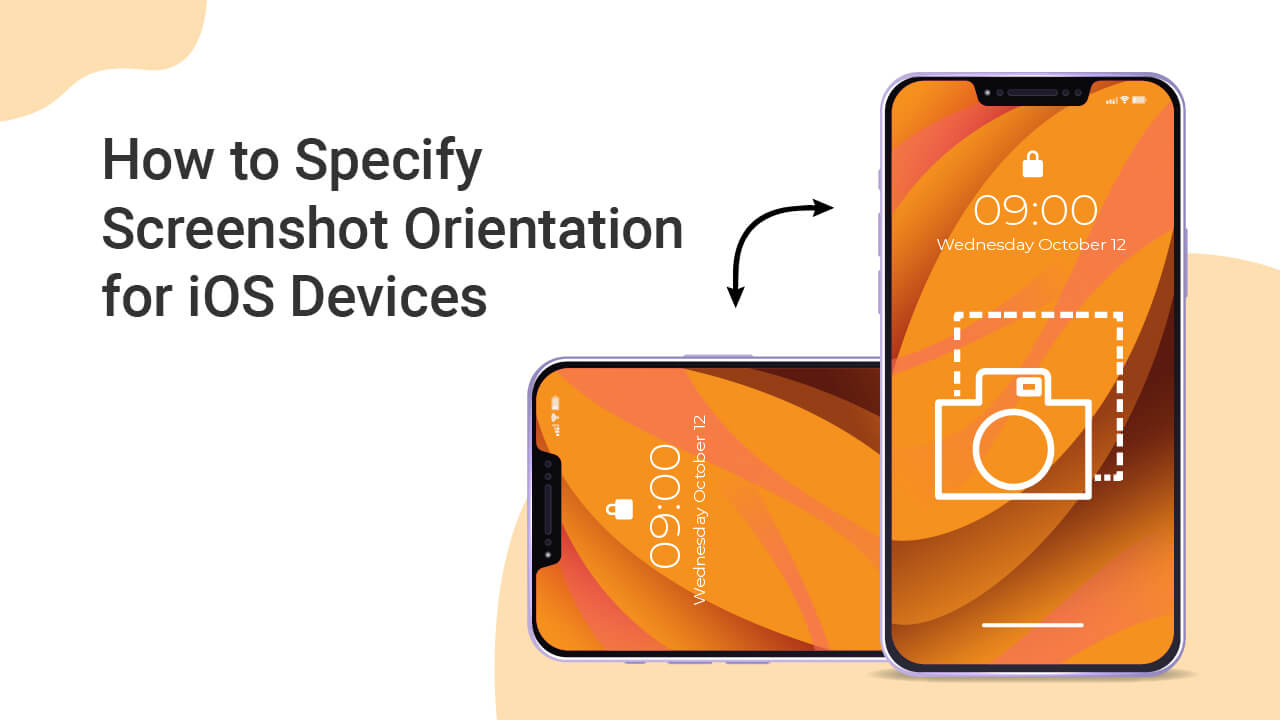 How to Specify Screenshot Orientation for iOS Devices

If you do a lot of iOS testing using Appium and have requirements especially for user flows that involve rotating the device to a different screen orientation, you might have noticed that screenshots retrieved by Appium in these cases might be incorrectly rotated. That is, the screenshot might not match the visible orientation of the device. This can be especially troublesome if you are using image-based testing, because Appium uses the coordinates from the screenshot to enable you to interact with found image regions!

To accomplish this we make use of Appium's Settings API, and specifically a setting (released in Appium 1.17) called screenshotOrientation. There are 5 possible values this setting can take:

The way we tell Appium to use a particular value is (in Java) with the driver.setSetting command:

Calling this will set the screenshot orientation value for the duration of the Appium session (or until I choose to call setSetting again with a different value).

Check out: Making Your Appium Tests Fast and Reliable - Setting Up App State

I was able to see this setting in action by writing a test that first turns a device to landscape mode, and then attempts to take a screenshot. If, before I start the test, I rotated the device manually, but in the opposite direction to the one Appium would normally rotate it (i.e., if I rotate it left), then I noticed that Appium's screenshots came back upside down!

Anyway, in this case, including the setting of the screenshotOrientation value enabled me to guarantee the screenshot would always come back in the correct orientation. Check out the full example below (and as always, the code is up on GitHub too:

How to Specify Screenshot Orientation for iOS Devices