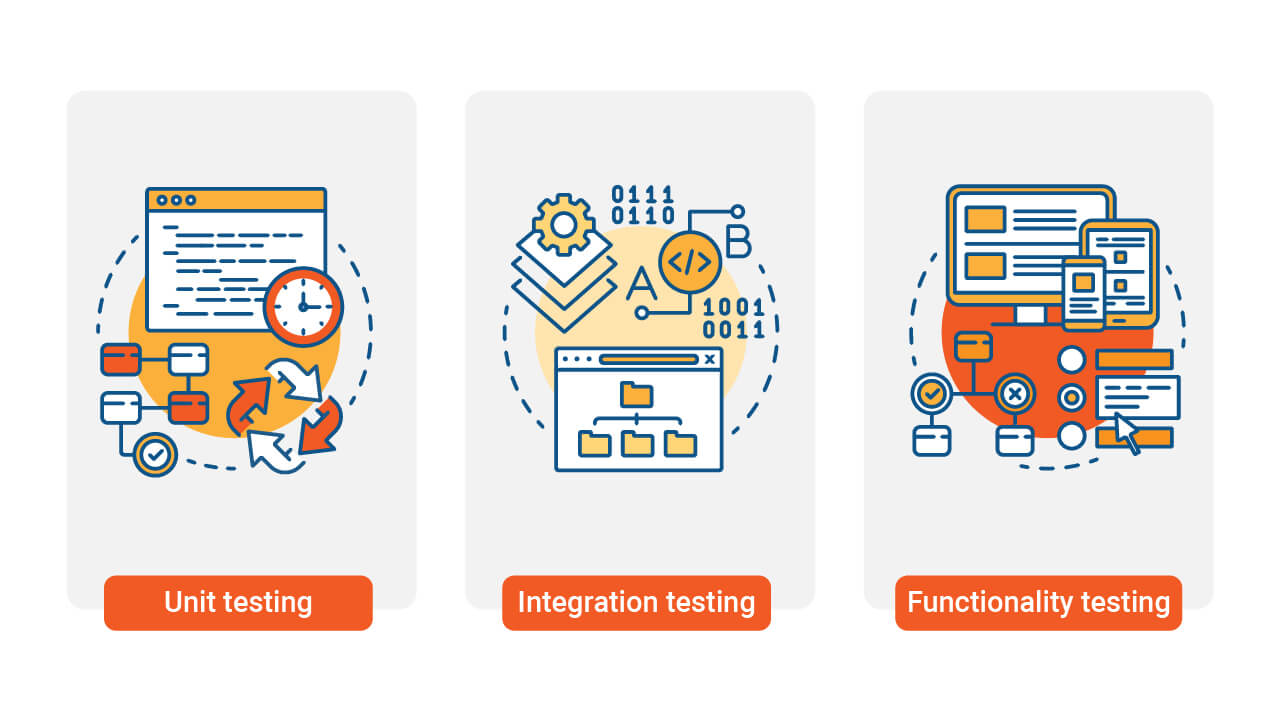 Together, these constitute an application that is bug-free and smooth for the end-user. Functionality is related to integration tests. The latter is performed only when the former has yielded desired results. However, successful automated functional testing signifies that the entire app is running smoothly.

Unit testing involves testing applications at a unit level. It checks single components. You can optimize ROI (return on investment) if your codebase runs multiple unit tests with fewer integration tests and even fewer functional tests. Since the unit is the smallest part of an application, they are easier to write and quicker to execute. Usually, these tests are written and performed by software developers themselves. The primary aim here is to match the requirements to the unit's behavior. This kind of testing is usually done before integration testing using white box testing techniques. Some of the most popular unit testing tools used for different languages are JUnit of Java Framework, PHPUnit of PHP framework, and NUnit of .Net framework.

Integration testing, as mentioned before, tests if the different parts of a system can work together and how well they work in synthesis. Various modules of such an ecosystem are merged to facilitate integration testing procedures. The purpose of this is to check the overall performance and reliability. This is performed on modules that have already undergone unit testing. It then defines if the combination of these elements can provide the desired output or not.

There are three types of approaches to integration testing as are as follows:

Also check: Functional Test Automation 101 - How & When to Start

Automated functional testing is a black-box testing technique that ensures the overall operability of the application. This checks if a desirable output is generated out of a specific input. Test cases are then written based on the requirements and scenarios and then implemented. The number of tests can vary based on the nature of the software. Each test case comprises the test summary, prerequisites, input steps, test data, expected output, and notes (if any).

The two forms of automated functional testing are as follows:

Functional regression testing tests, or rather re-tests applications when new and improved features are added, and functions are modified for existing applications. It also checks if the older attributes and functionalities work well with the upgrades. While functional testing can assure all operations are working flawlessly, functional regression testing comes into play only when the team has published a new build that aims to fix bugs or debug new updates.

The benefits of functional regression testing include the following:

The main differences between the three

The differences between unit testing, integration testing, and functionality testing can be divided into the following categories:

Also read: How Can You Prioritize Automated Functional Test Scenarios?

To conclude, we must understand that these processes are interconnected and correlated. Unit testing is imperative to ensure that your software is working seamlessly. Unit testing facilitates flawless paths and lines of code. This, in turn, must be followed by integration tests to make sure that separate units can work together cohesively. Finally, all of the above must be followed by functional tests to deliver a polished app. Functional regression testing also needs to be performed if the application in question is an existing software where updates are being implemented.

1. Is integration testing the same as functional testing?

2. Can unit testing be used for Integration testing purposes?

3. Is Integration testing performed after unit and functional testing?

The order of testing is:

4. What is mocking in unit testing?

5. What are the five steps of functional testing?