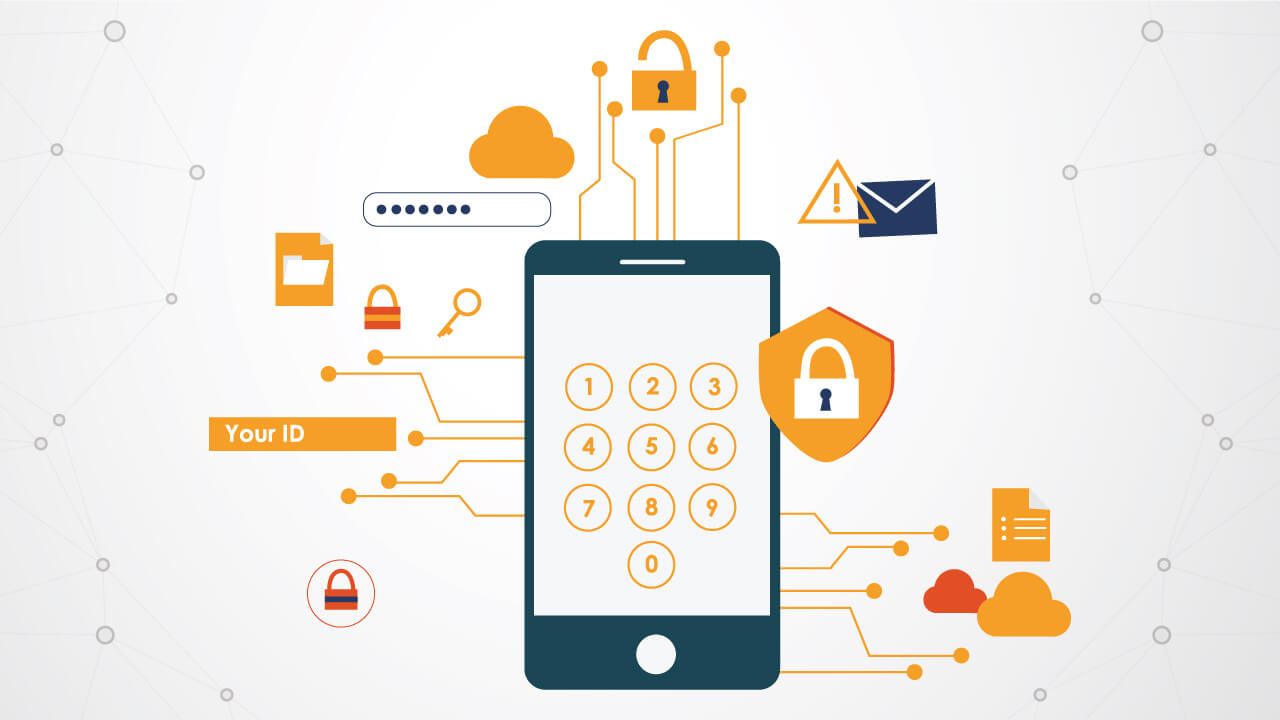 As we tread a long way in this digitalized world, the journey is disrupted by a massive amount of security breaches. Though digital assets like the Internet, IoT, Smartphones, mobile, and web applications have connected the world and brought a large number of benefits to the table, these have also opened doors for extensive security risks. Moreover, hackers, cyber attackers, and criminals have nailed the game with advanced expertise in compromising security. Adding to the existing woes was the pandemic that increased the users’ inclinations toward digital resources. According to Statista reports, the number of detected malicious installation packages on mobile devices was approximately 886,105 in the second quarter of 2021. These rising numbers have necessitated mobile app security testing to ensure a safe digital experience for users.

Just last year, 2021, a massive security breach occurred where the Amazon Ring Neighbors App leaked the addresses and precise locations of users who posted to the app. While the posts are public, the app doesn’t display names or locations and includes video captured by Ring doorbells and security cameras. However, the bug was retrieving location data of users who posted on the app, including those reporting crimes such as user’s latitude, longitude, and home addresses from Ring’s servers. There have been many other major security breaches in the recent past, all of which command an increased focus on ensuring the security of apps we use.

Also check out: Why is Automated Mobile Application Security Testing a Priority for Businesses?

Let us take a look at what mobile app security is

Mobile app security is commonly referred to as the cumulative practice of safeguarding the crucial mobile applications and digital identities from fraudulent attacks that can include tampering, reverse engineering, key loggers, malware, and various forms of manipulation. The techniques of mobile app security aim to evaluate and assess the vulnerabilities of the mobile applications based on the platforms they are built on, their development and design framework, and the risks of the end-users. Security threats hinder almost all types of mobile apps, which are:

Why do we need to test security for mobile apps?

As more than half of the population today has a Smartphone in their hands, it has become unavoidable to skip security testing for mobile apps to prevent discrepancies around authentication, authorization, data security, hacking, and many more. There exists a multitude of reasons why mobile app security testing is crucial, some of those being:

Through security testing, a business can minimize the consequences of a compromised app like regulatory fines, loss of crucial business data, lawsuits, or any attacks on the bottom line, therefore saving substantial monetary losses.

Discussing strategies and steps to test the security of mobile apps cannot be accomplished without understanding the existing types of security threats.

Below are some of the primary threats we witness in today’s digital landscape.

Data is one of the most significant assets for any business, and mobile apps’ biggest concern is leakage or theft of data. Whether through app permissions, credentials, or providing sensitive information, apps often store voluminous data without adequate security measures. For example, ‘riskware,’ a general concept referring to apps that transmit user data to remote servers where cyber attackers and criminals mine it, is a significant example of data theft.

Generally, session tokens are utilized by mobile apps to allow users to perform the different functions without logging out of a session or re-authenticating. Nonetheless, when these session tokens are mishandled or accidentally shared with threat actors, it leads to inappropriate session handling, giving hackers a chance to impersonate the users and their data and information.

Broken cryptography or insecure usage leverage encryption. At first, the mobile app might use a process behind the encryption or decryption, which is fundamentally flawed or can be exploited by the adversary for decrypting sensitive data.

This is a typical security threat that occurs across mobile apps. This technique allows hackers and cybercriminals to obtain detailed knowledge about the application’s source code, algorithms, libraries, and other assets. This information is then leveraged to exploit the application’s inherent vulnerabilities and gain access to the back-end servers and proprietary and user information.

Mobile app security testing is an effective solution that should be executed before launching the app for public use. This primarily comprises two processes:

Vulnerability assessment: This involves the evaluation of the app’s infrastructure and security mechanism for detecting possible risks and vulnerabilities in the app.

How to perform mobile app security testing: A brief approach

Defining the goal of security audit—

Security audits are vast and multi-purpose, which requires a proper understanding of the correct reason for performing the audit. Some of the most important goals of a mobile app security testing are:

Some high on priority security areas in a mobile app should include:

It is advisable to consider all the probable components and functionalities that can be a gateway for a hacker. After evaluating the high-priority areas, it is helpful to identify the potential security risks. For better outcomes, developing test cases on permutations of different app functions, OS, versions, and user roles and analyzing the app for those can be a fruitful practice. Tools like iMAS (iOS Mobile Application Security), Mobile Security Framework (MobSF), and Android Debug Bridge can help accelerate the threat analysis and modeling process.

Once the team has identified or predicted the vulnerabilities that can threaten the app, it is essential to estimate the scope of these vulnerabilities to understand the extent to which these can percolate and cause damage. Some of the tools to help achieve this are QARK (Quick Android Review Kit), Mitmproxy, and many more.

After setting the goal for the security audit, analyzing the app and its supporting infrastructure for risks and vulnerabilities, and exploiting and segregating those according to the severity, we come to fixing or remediating the vulnerabilities through suitable tools.

Also read: All you need to know about application security testing

Ten crucial aspects to ensure the security of your mobile apps

Following are the key activities to be executed while testing the security of mobile applications:

1. Optimizing security features based on multiple platforms—As mobile apps function on different devices, OS, platforms, and networks where the apps are able to access several features from the phones, it is important to test the security factors over these variables.

3. Securing the data-in-transit—While ensuring the security of mobile apps, the sensitive information transmitted from the client to the server must be protected against data theft and privacy leaks. Implementing an SSL or VPN tunnel is advisable to ensure that user data is efficiently protected with strict security measures.

4. Leveraging robust hack-proof code—Mobile apps are often susceptible to malware attacks and data breaches that necessitate developers to put additional focus on writing codes that are robust and free from backdoors that attackers can invade. Hence, deploying hack-proof codes to implement mobile app security standards and assure that the apps transmit, use, and store minimum data is vital.

6. Leveraging proper testing labs—The usage of a cloud-based mobile testing lab is a wise decision as it enables uploading locations or the actual apps themselves for executing the tests.

7. Proper assessment of codes—It is vital to assess the automated code that allows IT teams to simplify securing mobile apps in agile-based environments.

8. Using the latest cryptography techniques—Even the most prevalent cryptographic algorithms like MD5 and SHA1 are often insufficient in meeting the ever-increasing security requirements. Hence, staying updated with the latest security algorithms and using modern encryption methodologies like AES with 512-bit encryption, 256-bit encryption, and SHA-256 for hashing is recommended. Additionally, one should perform manual penetration testing and threat modeling on the apps before launching them in the market to ensure complete security.

9. Assessment of app features in the required environment—A critical task in testing security is to inspect every app feature in real-time controlled environments and compare results against a surfeit of known applications.

10. Additional requirements—Assessing the apps that use binary static analysis, which exposes malicious capabilities and vulnerabilities, like information leakage, along with assessing the app’s compliance with the industry requirements and standards is a key to ensuring security.

Also check: Why should you invest in Mobile App Security Testing?

Today, mobile app security is a top priority for developers to empower users by protecting confidential and private data, data losses, malware, and much more. The market offers a wide range of tools to support the security testing of the apps, which, combined with the best practices discussed in this blog, can help establish a safe digital space for everyone.

1. What is lost device protection in mobile security?

Lost device protection is a feature that assists in protecting mobile devices and their data in case of misplacement or loss of the device. Users can remotely trigger an alert, locate the lost device or wipe any data if the feature is enabled.

2. What is intrusion detection?

3. What are some of the methodologies in security testing?

4. How does URL manipulation occur?

This type of attack involves hackers manipulating the website URL for retrieving critical information. The information is passed in the parameters within the query string using the HTTP GET method between the server and client. The hackers can alter the information between these parameters, get authentication on the servers, and further steal critical data.