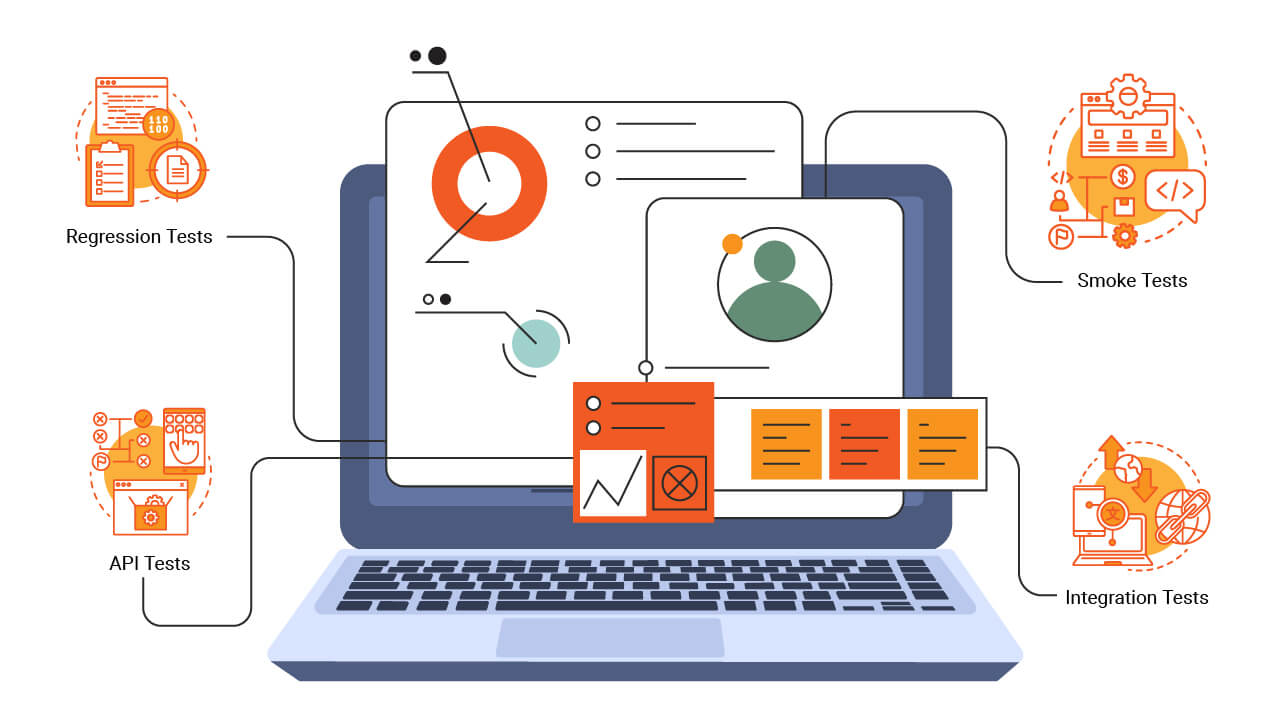 Functional Test Automation 101: How & When to Start

A growing application is challenging to test manually. Over time, manual testing can get time-consuming and costly because the more features you add, the more functional tests you will need.

However, you get a faster testing process, consistent results, and fewer manual testers with automated functional testing.

Developers run functional tests to confirm the functionality of an app's elements; if they work together, appear correctly, and more - this helps them determine if the app reacts accurately to a user's request.

There are different types of functional tests. Here are a few:

API Tests: These tests ensure that APIs function correctly. They are a series of tests that help developers check if APIs return expected results.

Smoke Tests: Smoke tests ensure that the software build is stable and if it isn't, it helps identify areas that need improvement.

Unit testing ensures the code behaves as intended but doesn't consider the UI; this is where functional testing comes in—for example, entering a username and password and getting a successful login message. A unit test will help you check if your code is bringing this result successfully; however, a functional test will help you check if the UI once a user logs in is to their liking.

Check out: Unit, Integration, and Functional Testing - Points of difference

Automation is excellent for repetitive tests. In this case, it is more efficient and productive when compared to manual testing. Monotonous tasks do not affect it and can run hundreds of iterations while maintaining the same level of accuracy. Automation allows QA teams and developers to focus on the results instead of the entire test, helping them improve the outcome.

Developers can program AI test bots to carry out testing with a minute margin of error. They get these concrete results in a set amount of time, which helps developers release their apps much quicker - improving the time to market.

Manual testing results in these areas are inconsistent due to human error. Repetition can cause manual testers to overlook certain areas unintentionally.

Manually executing these tests is time-consuming, and if testers find bugs, developers can find it hard to reproduce due to variations in testing environments. Additionally, manual testing gets expensive as the size of the app increases; automation, on the other hand, does not.

Selenium helps developers write lines of code to enable a browser to mimic user interactions. Over the years, developers have used Selenium as a functional testing tool. They also used it to run parallel tests, write tests in various languages, and perform cross browser testing; this significantly impacted testing because now:

Appium came after Selenium and is a set of open-source tools and APIs that allow automation of iOS, Android, and many other platforms. As an interface, its developers based Appium on the WebDriver protocol, which Selenium initially pioneered.

Appium is W3C ratified, and so, through Appium, every W3C compliant browser like Chrome, Firefox, Safari, and more, can receive automation commands via the WebDriver protocol. Appium also works well as a functional testing tool.

The WebDriver protocol is a common way to automate web browsers, so during its development, the Appium team decided to augment this standard and promote it more broadly. Appium will apply to web browsers and various apps, promoting OpenSource standards and methods.

The significant difference between Selenium and Appium is that Selenium is for web browsers while Appium is for everything.

Appium does this by thinking about support for a particular platform powered by a specific piece of software called an Appium driver. Developers can write an Appium driver for a specific platform and hook it into a Node.js package, making this into an Appium driver that they can then hook into the main Appium server interface - which allows automation for that platform.

Appium contains the most popular drivers for Android (UiAutomator2) and iOS (XCUITest) and drivers for all other platforms.

HeadSpin offers developers an opportunity to connect to real devices to get the best out of their testing requirements. Appium is one of the most popular ways you can leverage HeadSpin devices.

Developers can take advantage of Appium as it powers the functional aspects of tests they run on a HeadSpin device. Additionally, the HeadSpin platform provides comprehensive data and deep insights that enable the non-functional elements of the test.

HeadSpin offers one of the best Appium experiences in the industry. Reach out.

Functional Test Automation - How and When

Plan From the Start

It is good to approach your functional test automation by thinking about how you will plug these tests into your CI/CD pipelines from the start.

The goal here is to automatically achieve test execution at different intervals in a minimum of two environments without human intervention.

This process is more straightforward than returning to hundreds of tests and trying to retrofit them into your build cycle.

Test-driven development or TDD is a great way to start writing automation checks. It forces developers to write unit tests before writing code. A developer will first cycle through by writing a small portion of code and then make that portion work by implementing the test. Applying these principles will help create flexible automated tests.

Identify which scenarios fall under the different types of functional tests. If you see a straight fit, automate it. Additionally, as opposed to spending days on a test, spend a few hours and release your code quicker - this will allow you to identify issues and fix them sooner.

Before starting automated functional testing, it's essential to have a strategy; use the link to get more information.

Functional Testing and You

Functional testing is undoubtedly an essential aspect of your QA strategy. It helps you understand if your app is working the way it should, and if it is not, the test results can help you work out the problems.

One of the many advantages of the HeadSpin platform is issue cards. These are detailed, insightful cards that highlight issues found after tests. Since HeadSpin uses real devices, these issue cards bring out the most minute details, giving you the best platform to fix them. Reach out.

Q1. What are some of the standard mobile test automation tools?

Q2. What are the two test techniques used in functional testing?

Q3. What are a few of the commonly used functional testing techniques?

Functional Test Automation 101: How & When to Start