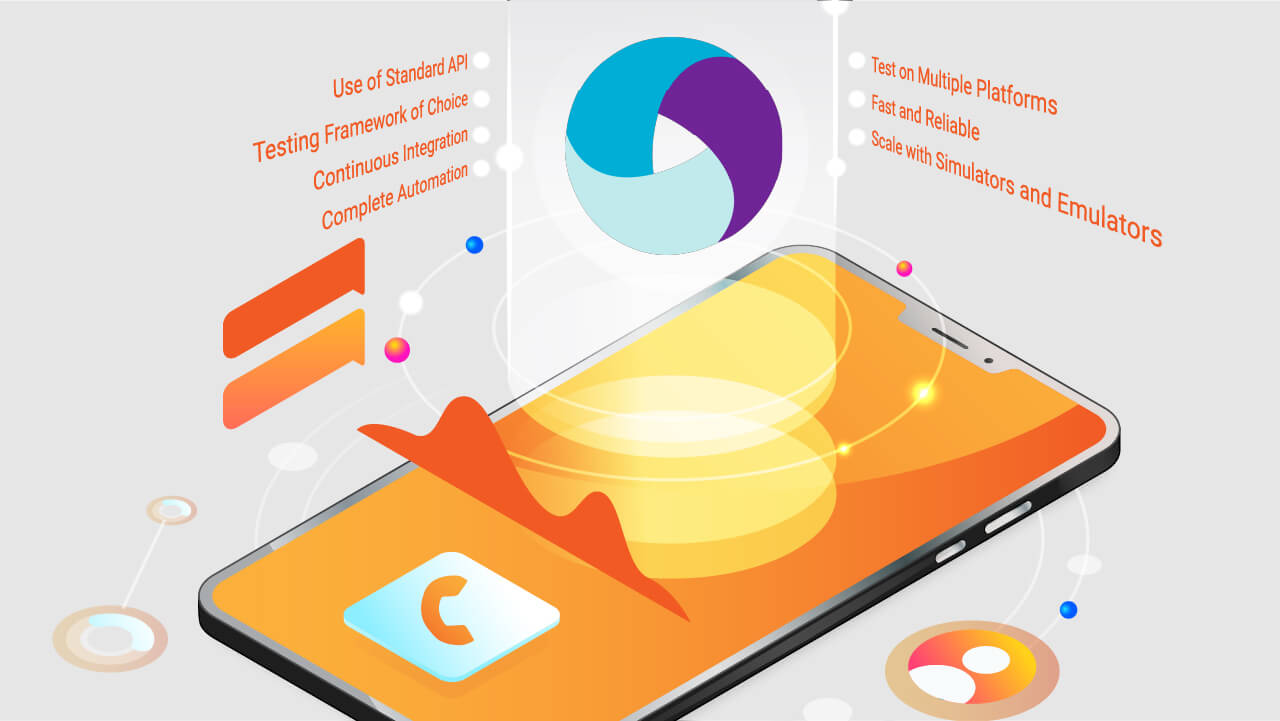 Our support for Appium test frameworks and API-driven approach ensures that you don’t have to modify any existing test scripts for mobile testing. Just decide what apps to test – Appium supports a wide variety of mobile devices to test on. Most importantly, you can create your own test scenario, from choosing the networks, locations, and types of devices to replicate real-world conditions.

Why Appium for Mobile Testing?

You can use HeadSpin’s wide range of iOS and Android devices worldwide to run Appium test automation scripts for building better app experiences. Comprehensive data from real-life scenarios enables teams to focus on not just the application, but the customer experience as well.

Use of Standard API

We recommend Appium for setting up mobile testing infrastructure because recompilation of applications or modification of codes is not required. Appium uses a standard API in all the platforms, making it effortless for creating your tests against Android and iOS platforms with the same API. However, because the UI elements vary on both iOS and Android, separate scripts are still required.

Appium gives you the flexibility and freedom to use the testing frameworks of your choice. Previously, mobility teams only had two options – write tests through JavaScript with the help of the UI Automation library for Apple or UI Automator for Google. With Appium, you can use any testing framework that suits your needs.

One of the most significant benefits of using Appium for mobile testing is that it can also be used directly with Continuous Integration (CI) platforms such as Jenkin and Bamboo. Because Appium is simply a code library which can be imported in any language, it’s easy to make it work in tandem with the CI servers to deliver better results from QA testing. This not only makes the testing process fast but more efficient and productive as well.

With HeadSpin, you can leverage the automated testing process. Appium allows for complete automation, which accelerates the development process. Most importantly, it will help you receive information and feedback almost instantaneously.

Appium’s structure is guided by the following tenets:

At HeadSpin, we are dedicated to helping mobility teams make the process of mobile app development, testing, and device sharing faster and seamless by integrating our services with state-of-the-art automation tools like Appium. We can help:

Choosing the right mobile automation testing tool is the key to a successful mobile enterprise. Integrating your mobile app development process with Appium can provide you with many benefits. If you are confused about what suits you the best or are looking for help, get in touch with HeadSpin for expert consulting.

Sign up on HeadSpin and automate your mobile tests using the best open-source testing automation tool for better and faster delivery of applications.

1. How can you determine element locators in the native Android application?

There are two ways of determining element locators. The first is the primitive way in which the driver instance is used, and the getPageSource method is called. The getPageSource will deliver a bulk string of XML representing the user interface hierarchy at the point in time we asked for it. Users can then manually inspect the XML document.

The second and much easier way is by using Appium Desktop. Users can examine the UI hierarchy with Appium desktop instead of using the page source command. The Appium Desktop is user-friendly and provides the whole XML output. It also provides a graphical representation of navigating through the app and will even suggest locator strategies and selectors for users.

2. Can an Appium server be initiated programmatically?

It is possible to start an Appium server programmatically. Typically, the commands provided at the command prompt are created in notepad and saved with the.bat extension, and clicking the bat file executes the commands.

3. How can elements be inspected in iOS applications?

You can detect elements within IOS applications using an Appium inspector, a GUI-based tool. These GUI-based tools strongly resemble the selenium IDE.

4. What is the underline API to which Appium adheres?

Appium follows the underlying selenium API to automate test cases. Since Appium includes all selenium APIs, experts suggest that Appium is an extension of selenium.