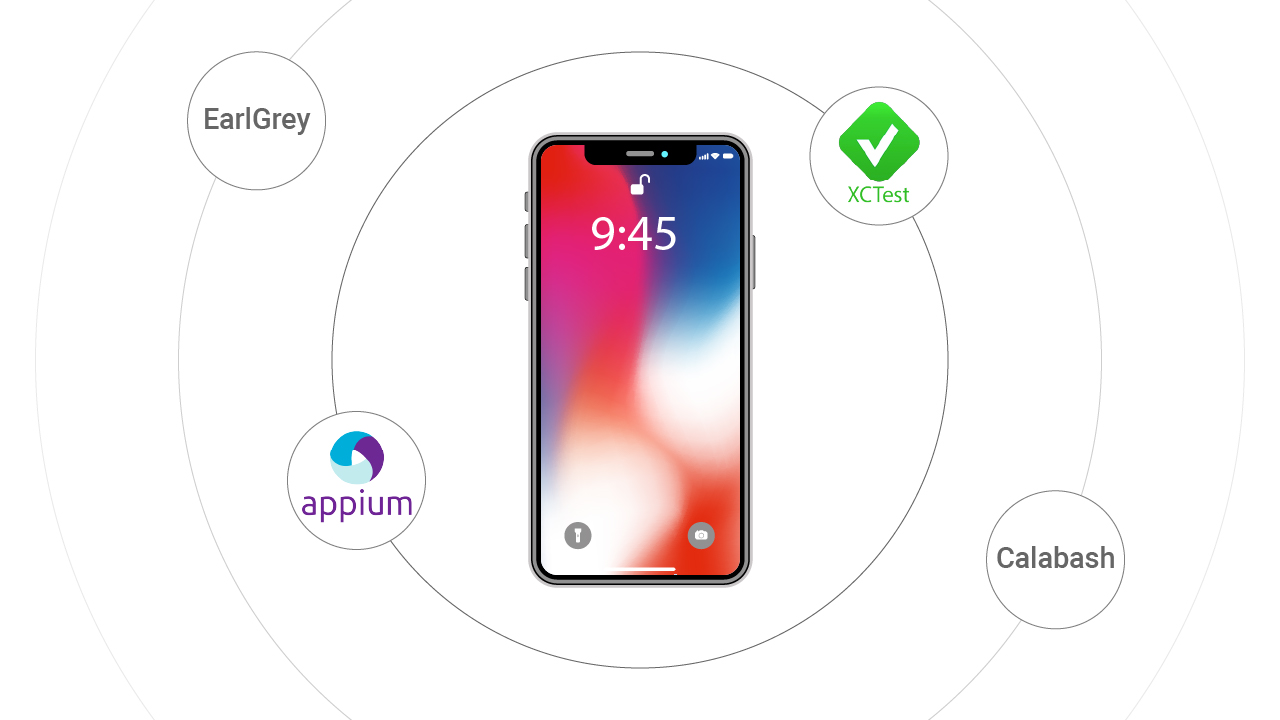 The Apple iPhone is perhaps the most popular brand among phones - which makes iOS a widely used operating system. For developers building apps for iOS, this means taking into account millions of users, each with a set of expectations that must be met. This mammoth of a task is made easier through iOS automation testing.

Considering the advancements made in testing, we see that testing is taking on new strides with automation; giving teams more time to spend on analyzing results. Although, what is automation testing?

What is Automation Testing?

As its name suggests, automation testing uses automation to test software - using scripted sequences to ensure the software meets specific requirements. You can use it to test for bugs, defects, compare results, and generate detailed reports.

Manually testing software is time-consuming and some teams do not have such time readily available. Using automation for testing puts time back into the hands of product managers and developers. They can use this time to shift their focus on other aspects of the project, boosting productivity.

Developers can leverage automation technology to increase testing frequency, to ensure accurate and reliable results, and that the product is ready for market. Test Automation empowers continuous development as it ensures the products the team designs and produces are efficient.

The unit in unit tests refers to the individual components of the software or its functions. Therefore, unit testing is the isolation of these components or functions and running tests on them. On a broader scale, this involves fully testing every element of the software before testing the final version.

Due to this process, developers can identify bugs early on, keeping fixing costs to a minimum. Additionally, they help developers understand how each unit functions within the application - facilitating the reusability of code. The developer usually performs unit testing before integration testing.

Typically, developers perform an integration test after a unit test - ensuring that once all the units perform well individually, they can perform well together.

The objective of acceptance testing is to prove if the application is doing what its customer wants it to do - making these tests business-facing. Developers create acceptance tests before new features are developed, setting a benchmark these features must meet.

Automated acceptance testing is known to highlight major issues in the application’s performance, helping developers deliver business value to the users. It also helps create an agile work environment within the organization as testers, developers, and quality assurance engineers must work together to create suitable automated acceptance test suits.

Check out: Why is Cloud Automation Testing gaining popularity?

Smoke testing is also known as ‘build verification testing’ due to its functionality. While creating a smoke test, developers ensure that the test can assess the stability of the software. They do this by adding a minimal set of tests within the smoke test.

Its focus is on checking if the important aspects of the application are properly functioning - helping developers make a decision on either shelving the application due to its lack of functionality or moving to the next phase of testing and development.

Now with all these types of automation tests available, when it comes to iOS automation testing, what are the top frameworks you can choose to carry out these tests?

Appium is an open-source tool that can empower iOS automation testing. Developers use it to automate native, mobile, web, and hybrid applications on iOS, Android, and Windows desktop platforms. To engage with iOS applications, Appium uses JSONWireProtocol.

Appium is cross-platform, in that it allows you to write tests against multiple platforms (iOS, Android, Windows) using the same API. This capability enables developers to reuse code between iOS, Android, and Windows test suites.

HeadSpin’s Appium IDE is a custom desktop app that lets you debug and develop Appium scripts, start an Appium server, and inspect your app’s structure. It was developed by independent contributors at HeadSpin. Appium IDE is compatible with two-way audio and biometric testing.

XCTest is Apple’s official framework for writing unit tests and is a great tool for iOS automation testing. XCUITest is a UI testing framework built on top of XCTest. With XCTest, developers can write tests for components at any level and can write test cases with both Objective-C and Swift. They can write UI test classes, test targets, methods, and perform an assert. XCTest is completely integrated with Xcode.

Calabash is a cross-platform automation framework that works well with android and iOS apps. Developers use it to enable automated UI acceptance tests and to automate mobile applications like a native, mobile web, and hybrid.

What makes Calabash great to work with is that it supports Cucumber. Meaning developers can write tests in a language that even business experts and people with non-technical backgrounds can understand.

The Calabash framework enables UI interactions within the application. These involve actions such as pressing buttons, validating responses, and entering texts. Due to it being able to support Cucumber, developers can use Cucumber to run and validate tests on iOS as well as android. In addition to this, Calabash contains tests written in Gherkin running in the context of the Cucumber framework.

Test and monitor websites & apps with our vast real local devices across the world. Learn more!

Testing on real devices will give you reliable and accurate results. While emulators may be easy to find, they cannot accurately account for real-life scenarios. When developers cannot trust the results of testing, moving forward to production will be a massive risk. HeadSpin offers testing solutions that allow its users to connect to real devices from anywhere in the world.

It is always best to start testing during the development phase. That way, you will be able to catch glitches earlier on. View testing as part of the process and not something you will do after development. Constant conversation between developers and testers is the best way to get the most out of testing.

Recording your tests or capturing screenshots for each step will help you with debugging and understanding your app better.

According to a report by Gartner, the worldwide AI software revenue is expected to reach $62 billion by 2022. As artificial intelligence finds its way into literally every aspect of our lives, it becoming a major factor in testing is inevitable.

AI and machine learning will empower automation and provide detailed test results. This will result in stabilizing rapid releases, improving testing strategies, and catching bugs faster. As AI and ML begin to take a stronger foothold, the data they collect will keep increasing.

With enough data, AI and ML will only get more powerful, empowering organizations to forecast trends, improve predictive analytics, and get better insights from their tests.

This stems from the fact that customers want quality. Today, we have apps hitting the market almost every day, it is no wonder that QA is becoming essential. In the same report, over 32% of respondents said that their overall project was used for testing in agile. This is a massive increase from 25% last year.

Quality Assurance Automation is definitely a trend that will continue to gain traction.

Security has always been a concern. As technology advancements continue, so will the need for improved security. As a growing number of banks start providing financial services through apps, security is again a concern.

Trends like penetration testing - where apps undergo a simulation of a cyber attack to check for vulnerabilities - are picking up pace.

In fact, through penetration testing, it was found that 65% of organizations failed multi-factor authentication - making their systems vulnerable to sabotage.

Clearly, security is a major concern and will continue to be so in the foreseeable future.

According to the upcoming trends, testing will be a key aspect of app development. Organizations will have to adapt to new trends in automation. If you’re looking to meet your iOS automation testing needs, reach out to us.

1. What are the primary phases in an automation testing life cycle?

The steps of the automation testing life cycle are:

2. When is automation testing not helpful in agile methodology?

Following are some of the scenarios where automation testing proves to be ineffective for agile approaches:

3. What are the different types of testing frameworks?

Some of the crucial frameworks available are:

4. What is snapshot testing, and how can these be executed for iOS apps?

Though there is no native support for snapshot testing in iOS, certain third-party libraries like iOSSnapshotTestCase or SnapshotTesting can be utilized.

5. Does Selenium work on iOS?

Appium makes Selenium iOS testing possible by bridging the gap between Selenium and iOS app testing. It enables you to write tests in any of your preferred languages and run them on iOS simulators, real iPhones, or iPads. Further, as Appium is focused on automation, it allows you to run all your tests in parallel and increase the testing speed by ten times.

6. What is manual testing in iOS?

Manual testing in iOS can be categorized into two broad groups, which are:

Simplify your iOS app automation testing with HeadSpin, that enables you to: