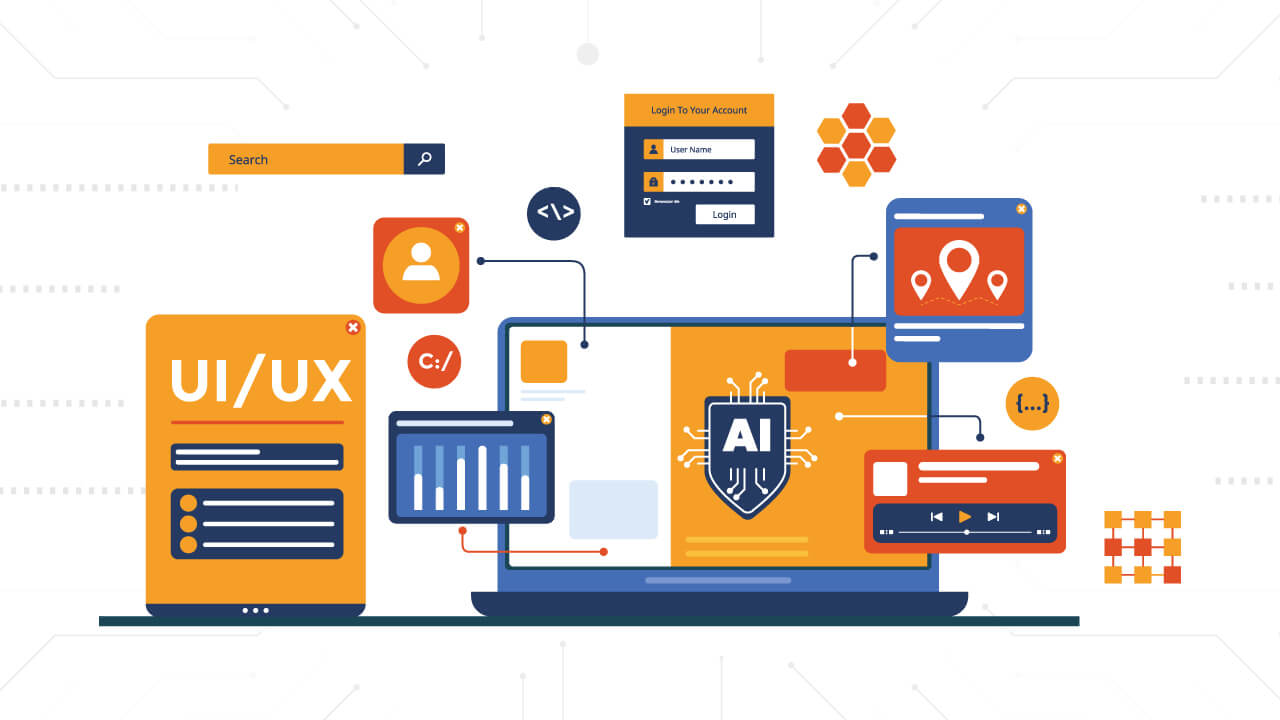 UI testing is challenging as the application design and functionalities undergo multiple changes during sprints in the development cycle. A minor data adjustment or modification to the code can result in a useless test run if the test script fails to support it. As customers seek high-performing and user-friendly applications, any lag in application testing can impact the organization's reputation. However, artificial intelligence has improved testing efficiency and mitigates UI performance testing challenges.

This article presents significant challenges faced during UI testing and how AI helps in eliminating them:

Designing manual test processes is resource-intensive, effort, and time-consuming. These might not always be readily available; however, executing these processes has been challenging. With AI-backed automatic risk profiling, testers can prioritize resources, make frequent changes to the Document Object Model, and analyze and build test frameworks.

Objects in the application UI and the application itself constitute a significant challenge associated with user interface testing. The inputs and outputs are graphical and mostly rely on the position of the objects in the UI. This scenario leads to an issue when a commercial test automation tool or framework, open-source, or manually written test software is unable to read and interpret the Document Object Model(DOM).

Furthermore, the development and testing team can have synchronized, inter-related, and inter-dependent UI controls. Such scenarios increase complexity while testing specific or individual sectors in isolation. Testing a small part of the UI becomes more difficult as the tester might need to include a considerable software segment for testing. This results in a complex and time-consuming cycle, which might also be resource-intensive.

Generating the right UI automation is one of the most complex and challenging parts of the software development life cycle(SDLC), apart from being time-consuming. An automated testing framework will enable your team to identify and fix bugs faster by linking UI tests back to other parts of SDLC like defects and requirements.

The automated testing framework results in a more optimized user interface testing process for the development and testing team. It is well-structured and facilitates faster testing cycles by increasing test creation and maintenance by segregating test data from logic.

It can increase your team's efficiency by speeding up cycles through test reusability, maximizing UI test coverage, improving test accuracy, and minimizing maintenance and costs. This ultimately delivers a higher return on investment(ROI).

AI-powered testing frameworks require users to upload existing tests for analysis. The intelligent system then learns the application properties and controls required from the obtained data. It then provides recommended outputs for new test designs and test cases. With every change made to the application code, the AI-backed system updates object properties and definitions to deliver recommendations on issues that require fixing. The system continues to learn more about the application as it collects more data with more test creation or execution.

UIs mostly have many states, resulting in vast numbers of branching and choices. Thus, it often becomes challenging and impractical to perform UI testing for complete test coverage. Such a scenario might lead to fixing limits to multiple coverage criteria and setting the branch test coverage limit.

With reduced testing cycles, testers eliminate irrelevant aspects of the application. It becomes crucial to profile the risks of removing such UI aspects with this. An AI-backed system identifies elements to be tested and prioritizes test stages, referring to the prior test history and risk based on how crucial, complex, and performing they are.

Recommended Post: The State of AI in Software Testing: What does the Future Hold?

What is Artificial Intelligence?

Common Use Cases of Artificial Intelligence

AL has improved traveling as users rely on applications like Apple or Google Maps and Waze on their mobile devices. For quite some time now, leaders in the automotive industry have been leveraging artificial intelligence to develop vehicles with "auto-pilot" and other advanced driving capabilities. Combined with GPS mapping and sensory data, these application algorithms learn the optimal route, road barriers, traffic congestion, and best transport mode.

Virtual assistants like Siri and Amazon's smart speakers are prominent examples of AI applications in the consumer goods industry. These assistants can perform tasks like placing an order, making or responding to phone calls, and browsing the Internet. Such digital assistants use machine learning, statistical analysis, natural language processing, and algorithm execution to identify the voice command and deliver the results.

Many applications provide users with Face ID unlocking features and virtual filters when taking pictures in apps which are examples of AI applications. The former functionality incorporates recognizing and detecting a human face for accessing any device or app. Facial recognition is commonly used for security and surveillance by airports and other government facilities. The latter use case leverages AI for facial recognition and adds virtual filters to enhance picture quality.

Companies have been incorporating artificial intelligence-backed smart conversion solutions in AI chatbots to eliminate dependencies on an expensive, resource-intensive, complex, and time-consuming customer service department. Chatbots are trained via programmed algorithms to impersonate conversational formats of customer representatives through NLP(natural language processing). Advanced chatbots can answer complex questions without requiring specific input formats and correct any mistake in the support delivery at the subsequent time if users give a bad rating for the support experience.

Media, entertainments, and online product or service ordering apps use smart recommendation systems backed by artificial intelligence to provide personalized suggestions. These smart recommendation systems learn user behavior over time by analyzing online activity. Data is gathered at the front end from the user, stored, and analyzed through deep learning and machine learning. It then predicts user preferences and provides recommendations for the product or services users might prefer the next time.

Businesses can leverage AI for static analysis of software applications for identifying code areas that are not covered under unit tests. The AI-powered software testing platforms can use such information for generating unit tests for such codes. These tools and platforms generate and update unit tests whenever the source code is modified.

Artificial Intelligence has a wide application in user interface testing as it involves image recognition techniques that help navigate through the application. It verifies UI elements, objects, and other visual aspects like layout, color, and size for creating UI tests. AI platforms also leverage exploratory techniques for bug identification in the UI and generate screenshots for verification by the engineers.  ‍

Know all about regression testing

Most self-healing automation platforms use AI along with ML to update and modify changes in the application environment or the UI automatically. Conventionally, the AI tools identify issues and fix them without requiring any human intervention via the self-healing method.

AI algorithms comprehend patterns and correlations between different API calls and categorize them based on the scenario. It learns about the relationship between multiple APIs to understand existing tests. It uses the information obtained to understand changes in APIs further and create new test scenarios.

AI can enhance security testing processes by identifying issues related to cybersecurity in the software. It can efficiently extract information from the recorded data to analyze loopholes in the system in real-time. It also enables testers to build robust penetration tests. Businesses can leverage AI to strengthen the security and privacy of their data, application, networks, and systems.

AI streamlines and smoothens continuous testing processes by eliminating the requirement for human intervention. It detects bugs, defects, and other issues in the testing process and automatically triggers resolutions to ensure process continuity. This results in a bug-free code process in every stage and cycle, ultimately improving quality across the development lifecycle.

2. What tools and frameworks do you support for UI performance testing?

3. What are the key functions and capabilities of HeadSpin's AI-backed UI testing?

4. What are the types of UI Testing?