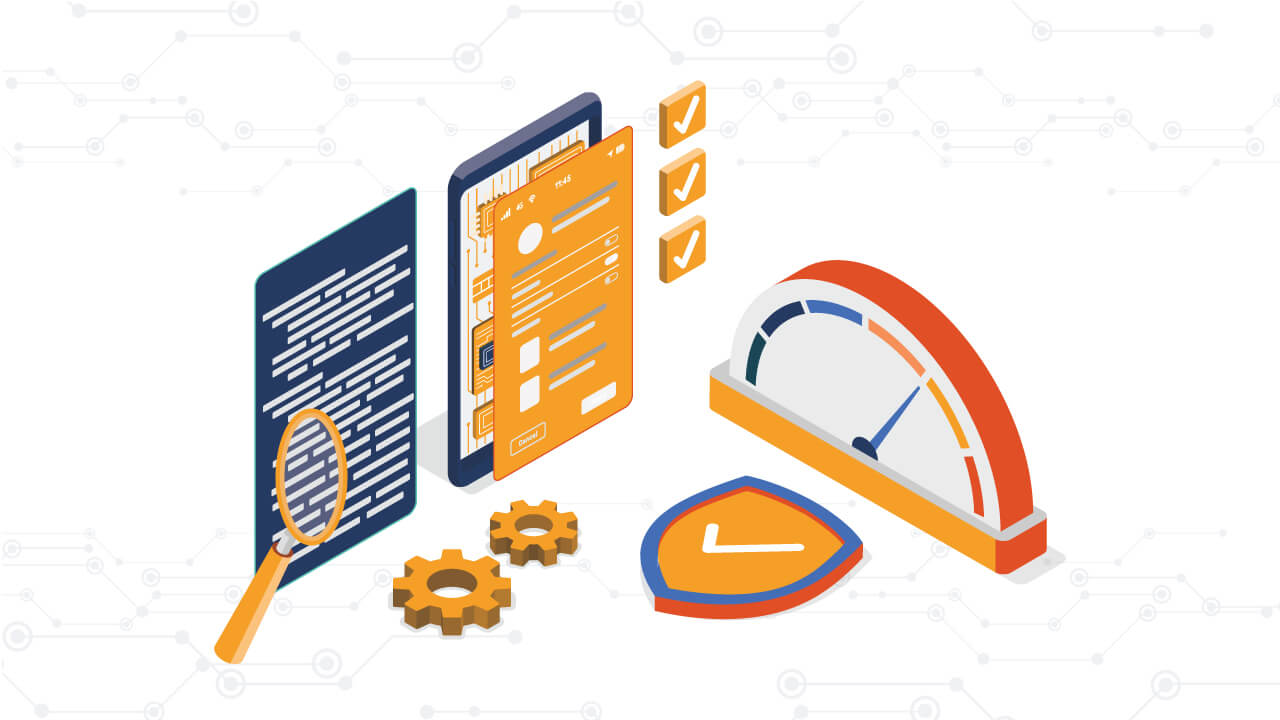 As such, the following are some of the use cases of mobile app performance testing tools for a mobile app tester:

Online connectivity is often a must for most mobile applications. Thus, developers need to ensure that their app is functional under different bandwidth and latency conditions—or has a useful offline or flight mode. This ensures the app remains functional for the user across a variety of situations.

Unlike computers, mobile devices’ screen dimensions can vary considerably from five-inch smartphones to thirteen-inch tablets. Furthermore, there are multiple technical specifications to consider, such as GPS, camera, touchscreen capacity, supported gestures, and the like. This is why it is important to test on a wide variety of real devices. Mobile app performance testing tools can offer a variety of devices and characteristics to test on to help you measure and optimize diverse mobile performance.

3. Simulating the location for GPS

This is especially important for GPS-enabled apps. Testers need to ensure that GPS-enabled features work as expected when users change their location. Running functional tests on real devices in real locations is one way of achieving this.

The fragmentation of devices, OSes, and platforms is a major challenge in the mobile app testing world—consider that there are over 24,000 different Android devices in circulation today! Mobile app performance testing tools need to provide an infrastructure for testing under actual real-world conditions across a diversity of real devices and OSes. This allows developers to ensure that the app can support all the OS versions and devices that it has been made for. The types of devices that the app will be used for are usually selected beforehand, and the tests are run accordingly.

Key criteria for user experience testing include error messages, the app’s ambience, the intuitiveness of the interface, and navigational clarity. The app store will only accept the app after it’s UX tested.

7. Security tests for the applications

Most mobile apps process data from devices and store it on secure servers. To ensure the user’s privacy if the device is lost or stolen, a reliable authentication and authorization system is crucial. The goal is to secure data privacy with a system that records all events within an app. Security testing ensures the system functions reliably and consistently as expected.

8. Performance across all devices

Performance quality might differ across low end and high-end devices. It is important to ensure that the app’s performance is consistent even in devices with lower capacities. The developer ensures that the product can handle a wide range of server loads and network conditions while being resilient to latency and bandwidth constraints.

While it may be tempting to skip performance testing when the development team is under constraints, skipping performance tests is an absolute no-no because bugs and glitches can immensely affect user experience and encourage users to switch to other options.

Q: What is the difference between system integration testing and system testing

System integration testing is the complete testing of all the individual interactions in an application. It verifies that all individual software modules, interfaces, gateways, and hardware interact with each other as per the requirements.

On the other hand, system testing completely verifies an application's functional and non-functional requirements.

Network latency measures the time an application takes to send a request to its server and get a response. Excessive latency can cause bottlenecks in the network, preventing further requests from app to server and hampers an application's speed and responsiveness.

Q: Is network bandwidth the same as latency?

Bandwidth is the maximum number of data packets that a network can send in a given period. Typically, bandwidth is measured in Mbps or Gbps.

On the other hand, latency measures the time it takes for an application to send a request to its server and get a response. Network latency is measured in milliseconds (ms).