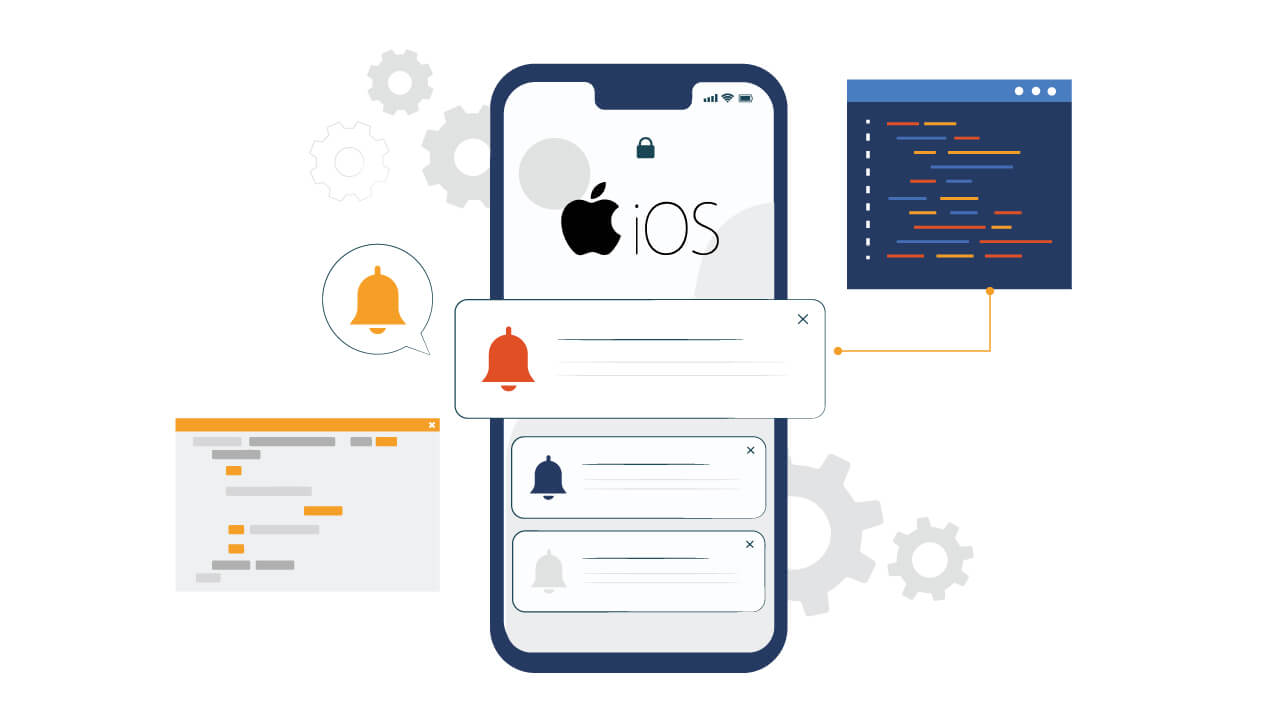 One common requirement for many testers is to ensure that iOS Push Notifications are getting sent correctly from a backend service. Push notifications, of course, are an integral part of the experience of many apps, letting the user know when a message has been received, or some event has occurred that might make them open up your app. Testing this part of the user experience is therefore essential.

The automation tools provided by Apple don't make this easy. XCUITest has no built-in API methods for inspecting push notifications received. Nor is there any way to even simulate push notifications on a simulator, which makes real devices a hard requirement for automation.

Thankfully, Appium has the facility to automate the entire device UI from the perspective of a user interacting with the screen. This means we can do crazy things like swipe to open the notifications shade and read the element hierarchy there to determine if our notification has arrived. This tip was brought to my attention by Telmo Cardoso at AppiumConf 2018, and I recommend checking out his talk for a bunch of interesting stuff.

Let's dive in and see how to do this. First of all, this is what you'll need to make it work:

With all this in hand, our test flow should look like:

Such a flow could look like this in Java:

The terminateApp and activateApp commands are self-explanatory, and simply require the bundle ID of your app. The only mystery here is in the showNotifications and hideNotifications methods. These are not driver methods, but rather helper methods I've implemented to take care of swiping the notifications shade down (to open) and up (to close). The implementation currently uses the TouchAction interface to set up the swipe. Assuming we have a field called screenSize in our test class which has previously queried the screen dimensions from Appium, then our notifications helpers look like:

Essentially, we have one method with any real logic, and all it does is set up the appropriate TouchAction actions for a swipe, namely a press, followed by a wait, followed by a moveTo. There's some other logic here to make sure we're setting our start and stop points correctly: exactly in the middle of the screen horizontally, and from top to bottom (with a padding of 5 pixels on either side).

That's it! With the notification shade down, we can just regular old findElement commands to locate our arrived notification. In this case, we use an xpath query based on a portion of the label, with text corresponding to what we want to verify in terms of the notification that was received from our backend service.

This tip illustrates an important point about using Appium. Sometimes, we look for specific features within Appium to help us accomplish our tasks. It would be great, we think, if Appium had a "getPushNotifications" command we could use to easily check whether a notification arrived. But such a command would take us out of the realm of UI testing. When using Appium, we can simply ask ourselves, "How would a user check this?" and more often than not, we're able to do the same thing with Appium. In this case, the "advanced" trick described in this article is really not a trick at all; it's just thinking like a user!

Check out the following code below for a full example. It won't run without modification, because due to Apple's security policies around running apps on real devices, you'll need to kick off the test with your own (signed) app and include your own signing details and so on. And as always, the code is up at the Appium Pro repo on GitHub: