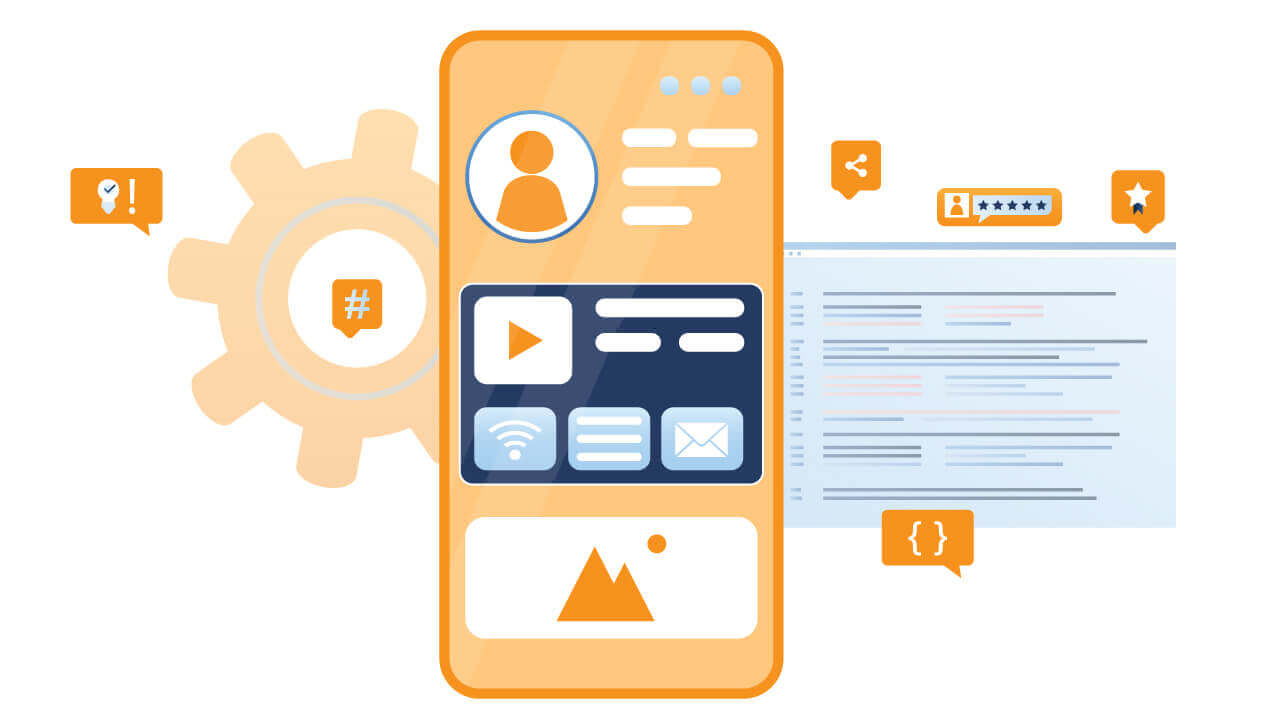 Building an application, testing it, and pushing it to production is only half the job. The real test is when users experience the application. Your application may be highly sophisticated and peerless in its capabilities, but if it takes a couple of seconds longer to take the next desired action, your users might leave.

The performance of an application depends on how efficient its code is. A code that is quick, clean, and free of unnecessary loops or regressions makes the application much more responsive and reliable. This point is where profiling code helps.

What is code profiling?

Code profiling examines the application code to ensure it is optimized, resulting in high application performance. It analyzes the memory, CPU, and network utilized by each software component or routine.

By profiling code, developers, testers, and QA engineers can determine if any routine consumes a disproportionate amount of memory or CPU resources and optimize it for better performance.

How does code profiling benefit developers and QA engineers?

Let us understand how developers and testers can benefit from code profiling.

Developers can make incremental improvements to the code by profiling it at every stage of development. This way, they don’t have to perform any significant code refactoring later in the development process, which would be time and effort-intensive.

It keeps the application performing reliably under all circumstances.

Code optimization is fundamental to achieving high application performance. When its code is profiled and optimized, the application can perform well regardless of external factors, such as sudden traffic surges.

It improves the end-user experience by allowing developers to fix anomalies in real-time.

Often, an application can pass all the testing and QA checks in the staging environment but still present issues for the end-users at runtime. Code profiling enables developers to identify and resolve such problems on the fly, ensuring the best application experience for customers.

There are two methods to profiling code — sampling and instrumentation.

A sampling profiler works by analyzing what assembly instruction is currently executing and which routines call the current function for the application it is profiling.

It identifies the presently running command by determining when the operating system interrupts the CPU to execute process switches. It then uses the debugging symbols associated with the application’s executable to map the implementation points recorded with the appropriate routine and source code line.

The output from the sampling profiler is the number of times a routine or source code line executes during the application’s run. Using a sampling code profiler, developers can determine if a routine is too large — which is a potential performance bottleneck — and optimize it to finish executing faster.

Sampling profiles only examine the frequency of routine calls, and therefore, do not disturb the application at runtime and affect its performance. It also does not modify the source code in any way, avoiding possible corruption.

The results given by sampling profilers are only approximations and not accurate, since they profile the code only through calls made to the CPU.

For example, a small routine could be called several times during profiling and finish executing within the sampling intervals each time. The sampling profiler would consider this a large routine and flag it as a bottleneck when it is not real.

Check out: A Comprehensive Guide to TestNG

An instrumentation profiler works by inserting code at the start and end of a routine. It identifies crucial checkpoints and inserts code into them to record routine sequences, time, or even variable content.

There are two types of instrumentation profilers — source-code modifying profiler and binary profiler.

These profilers insert an instrumenting code into the source code during the routine’s start and end.

They work at runtime by inserting instrumenting code into the application’s executable code. It does not touch the source code.

Since they work by recompiling the actual program, instrumentation profilers can record a routine’s exact time to execute each call.

Instrumentation profilers offer accurate data in much greater detail. They can provide information on the sequence of routines and the other routines called from a recorded one.

Instrumentation profilers work by modifying the source code, so it is highly likely to be corrupted.

Since they insert additional code into the source code (or in the executable code in the case of binary profilers), they add significant overhead during execution and slow down the application performance.

A few different code profilers and what they measure:

Choosing a code profiler that best suits your needs

Ideally, it would help select a code profiler that lets you measure what you want while being non-intrusive and budget-friendly.

This aspect might seem impossible from what we discussed above — choosing one code profiler over the other might feel like a trade-off between speed and accuracy, non-invasiveness and depth of data.

However, that is not the case. Some solutions offer you the best of both worlds, that is, precise, in-depth data with minimal intrusion and without affecting application performance.

That said, here are a few other things that you need to look for in a code profiler:

The code profiler must allow developers to profile their code against various metrics, such as memory and OS usage, execution time, and overall application performance.

The profile should not come with its baggage of complexity. It should be intuitive, uncomplex, and involve minimal configuration. Developers use code profiling tools to improve application performance, so adding to application code complexity would defeat the purpose.

‍1. What are memory and tier allocation profiling methods?

‍2. What is profiling API?

Ans: The profiling API is the tool used to write a code profiler, a program that monitors the execution of a managed application.

‍3. What do you mean by a passive profiler?

‍4. What is event-based profiling?