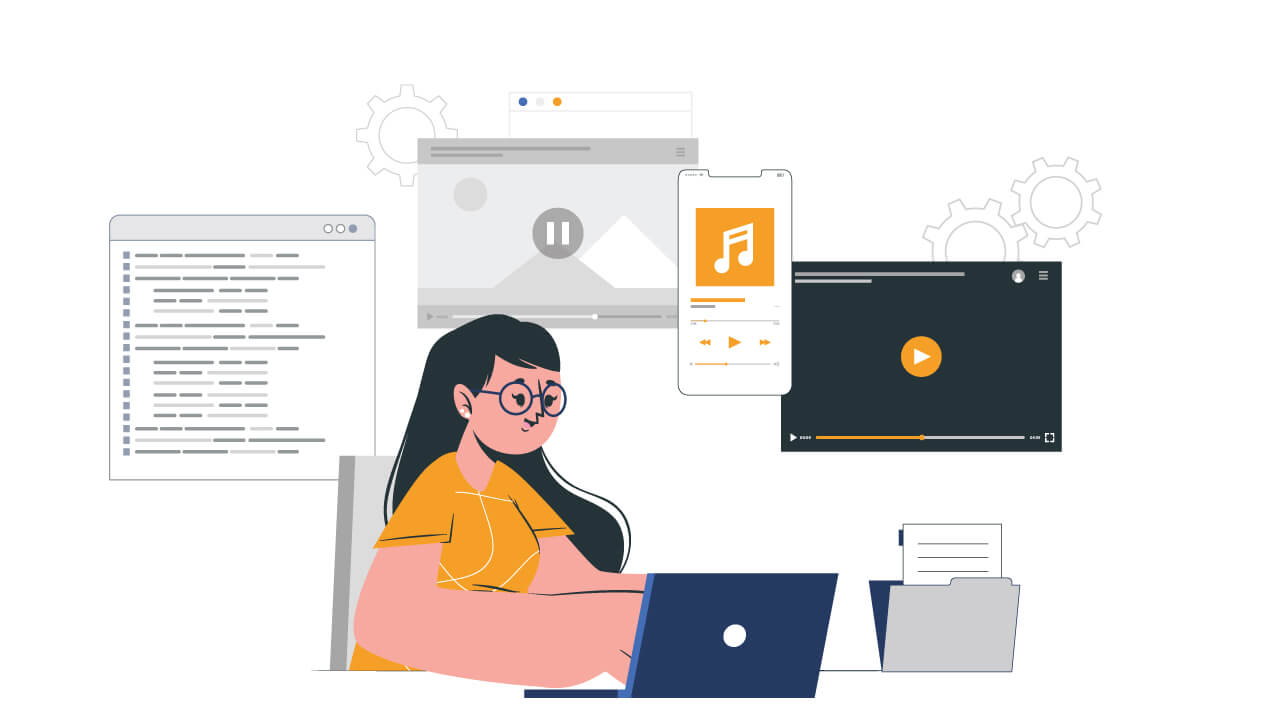 The HeadSpin AV Platform lets your global team coordinate on a single platform to test, automate, and measure rich media and voice applications.

One Platform for All Your Media Testing

The AV Platform accelerates your existing processes by seamless integrating with in-house and third-party frameworks and tools.

With the HeadSpin AV Platform you can easily test the physical camera and microphone on any device, run media tests in parallel, and capture any screen or sound output from the device.

The AV Platform is fully integrated into the HeadSpin user interface, APIs, and test automation capabilities, and is compatible with automation frameworks for media and other devices.

Like the HeadSpin Appliance, the AV Platform provides a centralized device lab for distributed test teams.

The AV Platform is a rackmount enclosure for capturing audio and video from any device placed inside the box. It is access controlled to protect devices and sensitive information.

An adjustable rail mounting system allows device cameras and screens to be aligned depending on the application. Up to 4 iOS or Android devices and/or 2 HDMI monitors are supported. It can also be equipped to support Bluetooth audio using the optional HSBT audio interface.

The rail system in the AV Platform allows devices to be adjusted in three dimensions.

All fasteners for devices are compatible with most standard photography equipment and commercial device holders.

The front panel includes space for up to 2 HDMI ports for monitors, up to 4 USB B ports for devices, and C14 AC power. Ports can be customized per application.

The sound and light isolation in the AV Platform allows it to be racked densely.

Check out: Data-Driven Reasons to Use Audio Visual AI for End-to-End Testing

Everything within the box is adjustable and many different configurations can be accommodated. Below are a few examples of configurations we have implemented in our lab.

This would be a configuration you would want to use if you’re testing something like SnapChat and you want to test front and rear cameras with simulated input images (e.g., people’s faces with filters).

Placement: One device under test is placed in the fixed position in the center. Two tablets are placed on the sliding carriages.

Also check: How to Integrate Audio APIs into Your Appium Automation Scripts

This is the recommended configuration for testing DRM-protected content, such as Netflix performance.

Placement: The device under test and a supporting device are placed on the adjustable carriages.

Read: How to use HeadSpin Audio API in Appium

In order to use the AV Platform to test a Roku device, you would hook it up to the HDMI screen within the enclosure, and use a second phone using the Roku remote control app to control it.

Placement: A set top box is installed in the enclosure and attached to the adjustable carriage at one end. The supporting device is placed on a carriage at the other end for audio visual screen capture. Optionally a second device can be placed behind the capturing device to support a set top box remote control app.

This would be the setup for testing a smart speaker such as an Amazon Echo Dot or Facebook Portal.

Placement: A smart speaker is installed in the enclosure and attached to the adjustable carriage at one end. A supporting device is placed on a carriage at the other end for audio visual playback and capture.

HeadSpin’s patent-pending AV Platform technology enables true “black box” testing by capturing the user’s experience on real media devices, including actual screen and audio output. As such, it can be used to test a variety of use cases including OTT/media, livestreaming, accessibility, voice activation, video calling and communication apps, camera apps, and voice assistants.

With HeadSpin’s AV Platform, you can ensure:

Ans: Digital rights management (DRM) refers to the use of encryption to protect video content and customized techniques to store and deliver the encryption/decryption keys. It also allows the content publishers to set business rules and control who can consume their content. DRM in OTT is a digital licensing system that gives content owners complete control over how, who, when, where, and through which their media is consumed. With the help of DRM, OTT video platform providers can provide a secured viewing experience on multiple devices.

Ans: Mean opinion score (MOS) is a numerical measure of the human-judged overall quality of an event or experience. It is a ranking of the quality of voice and video sessions.

‍4. Can the HeadSpin AV Platform test the video and audio quality of the games?