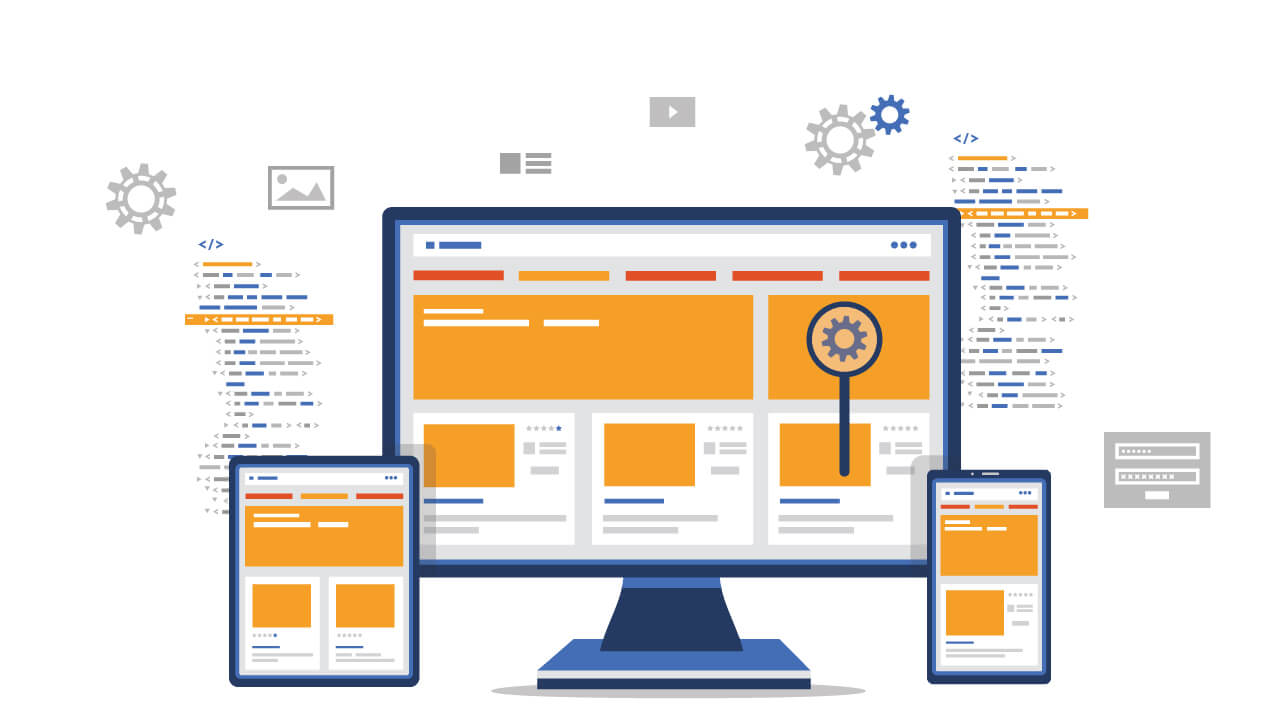 The digital realm has embraced the smartphone revolution, making it easier to complete multiple tasks. By using numerous apps on our smartphones, tablets, and computers, we can accomplish a great deal on the go. With constant technological advancements, the objective of the app industry has shifted to the development of smarter applications. The app market keeps introducing new types of apps very frequently. Thus, businesses need to keep updating with the changing technologies to leverage app technologies and create better customer experiences.

While there are different types of apps available, we will only discuss the development and testing aspects of Native, Hybrid, Web, and Progressive Web Apps (PWAs) in this article.

What is a Web Application?

A web application is a website. It has a responsive design pattern so that it can be accessed by various devices such as mobile devices and desktops.

Considering the popularity of smartphone usage, most visitors evaluate a web application based on its mobile friendliness.

Web applications are scripted in HTTP/CSS and JavaScript and are more affordable than mobile apps. They are also simpler to develop and deliver as well as maintain. Due to low development costs and easier to deliver it to users than mobile, businesses on a strict budget typically rely on web-based apps. Developers build web apps differently; therefore, web app testing and mobile app testing differ considerably.

Frameworks for the development of web applications:

The following frameworks are used to develop web apps:

Check out: Everything you need to know about Selenium testing

What is a Native app?

Native apps are smartphone applications created exclusively for a specific operating system, such as iOS or Android. The language used to build them varies depending upon the operating system.

For Android, Java or Kotlin is used, whereas Swift is used for iOS. Cross-platform frameworks such as React Native can also be used to develop native apps. Developers use SDKs of an operating system, and the apps have access to various device resources, such as the device storage, camera, and GPS.

In addition to Google's in-house developer tools, numerous third-party solutions are available for Android development. Developers can build android applications on both PCs and Mac. When your native Android application is complete, you must submit it to the Google Play app store so that consumers can download (or purchase) it.

Why rely on simulations when you have the opportunity to conduct Android app testing on actual devices? Know more!

iOS also includes a unique third-party ecosystem, including AppCode and CodeRunner. The rules for App Store reviews are relatively stringent. They can reject your iOS application for various reasons, including poor performance, security concerns, or a lack of informative content.

Remotely test and debug mobile, web, audio and video application on thousands of iOS devices around the world. Know more!

It supports various programming languages, including Java, C#, Python, Ruby, and others from the WebDriver library. Appium uses the WebDriver protocol for performing tests.

What is a Hybrid App?

Hybrid apps combine the benefits of native and web applications.

Developers build these apps with JavaScript, HTML, and CSS web technologies and are compatible with various operating systems devices. Hybrid applications are deployed within a native container using a mobile WebView object. Using web technologies like CSS, JavaScript and HTML, this object displays web content when the application is used. It shows web pages from a desktop website that have been adapted for WebView display. The web content can be displayed either as soon as the app is opened or only for specific app sections. Hybrid apps may also rely on platforms that provide JavaScript APIs if these features are called within a WebView.

Frameworks used for the development of Hybrid Apps

Some of the frameworks used for hybrid app development are:

Also read: Getting Started with Espresso - A Complete Guide

What are Progressive Web Apps?

A progressive web app (PWA) is a web app that appears and functions like a mobile application. PWA is designed to take advantage of native mobile device capabilities without needing the user to visit an app store, purchase software, and download it locally. A PWA can be located w

Progressive Web Applications (PWAs) are web-based applications built with HTML, CSS, and JavaScript. Developers design PWA with features such as push notifications and offline functionality. In addition, they are based on and enhanced with modern APIs, which makes it hassle-free to deliver enhanced capabilities, reliability, and the ability to install them on any device.

PWAs leverage the vast web ecosystem that includes the community, plugins, and seamless deployment and maintenance of a website compared to native applications, which are otherwise difficult to develop. It means that building a PWA is quick and seamless.

Frameworks used for the development of PWAs applications

When to use a Native App, Hybrid App, Web App, or Progressive Web App?

Let's examine the criteria that developers must consider when choosing the type of application for any business.

PWAs and web apps are the preferred options if you want a quick Time To Market and want to reach out to a larger audience because PWAs are primarily web apps and websites accessible on both mobile devices and desktops. If your goal is to reach a wider audience, native applications need dedicated dev teams, which are significantly more expensive than the alternatives. A hybrid app is the best option if the app's features are not too complex.

Web applications are the most economical as they require few resources. Native apps and hybrid apps, on the other hand, have a high cost of maintenance because they must have compatibility with multiple platforms and require dedicated teams. PWAs are also less expensive since they are web apps built to function as apps on any mobile device.

Native applications provide the best end-user experience built specifically for each platform. Hybrid apps, web, and PWAs also offer a positive user experience; however, unlike native apps, they cannot take advantage of advanced features and capabilities such as geofencing and cameras.

Also see: What is End to End Testing

If your app requires device-specific features, then native or hybrid apps are the best options. PWAs and web apps cannot leverage the local device features and functionalities as much.

Native, web, hybrid, and PWA applications have advantages and downsides. You will need to determine the type of application you will develop based on your business requirements. The key to deploying various apps ultimately depends on the features, needs, and goals of the application you are creating. No matter which type of app you shortlist for your business, extensive cross platform testing is necessary for delivering a high-quality user experience and increasing customer engagement.

1. Is PWA native or hybrid?

Progressive web apps (PWA) are similar to hybrid apps in many aspects: both connect the native and web development, but in different ways. Though some of these apps are available in the Google Play Store and iOS AppStore, users may frequently download them directly from their respective websites.

‍2. What is the difference between a standard website and PWA?

Installation is a significant distinction between a PWA and a web app. Users can install PWA on any platform, whether mobile or desktop. Nevertheless, a web application is built to operate within a web browser and cannot be installed on a device.

‍3. Do PWAs require a browser?

PWAs can run on the browser and be installed directly on the user's home screen to provide an immersive, full-screen experience.

‍4. What does manifest file mean in PWA?

It is a JSON file with information such as the app's name and start URL. These variables are known as members and determine how your app appears to end-users. It also includes the elements necessary to make a PWA have an identical style of an application and ensures that it is discoverable.